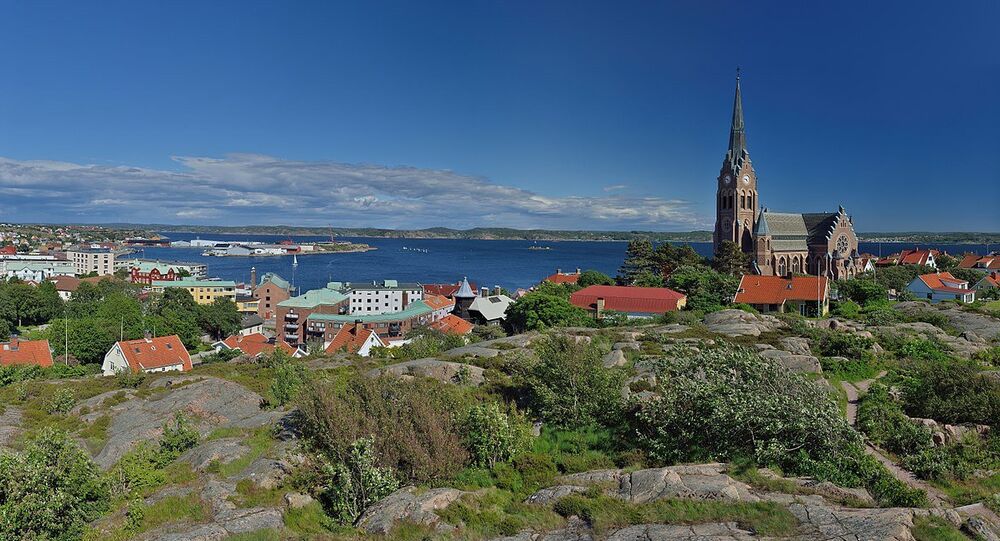 Despite Volvo, the captain of Swedish industry, selling several of its branches to China, plans for a Chinese-owned "super harbor" have run into resistance in Sweden, with its opponents citing both environmental and security issues.

A sizzling security policy debate, which began in 2017 with the perspective of the Russian gas pipeline Nord Stream using the Swedish ports of Slite and Karlshamn, which Sweden rejected on "security grounds" despite resistance from local municipalities hoping for an economic boost, has once again flared up since a state-owned Chinese company showed interest in building a major port facility in Lysekil, Västra Götaland County.

According to the plan, initially welcomed by the Lysekil municipality, the gigantic port will be owned by the Hong Kong-based Sunbase company with ties to the Chinese leadership, with China Communications Construction Company (CCCC), currently involved in a number marine development around the world, including the New Silk Road, undertaking the development stage. CCCC recently won a tender for a container terminal in Hamburg, Europe's largest port.

However, the municipality's plans were met with staunch resistance as the issue reached national level. Among others, former Navy captain Tomas Falk and former guest professor in Beijing and Navy officer Magnus Sederholm argued in an opinion piece in Svenska Dagbladet that the harbor jeopardized Sweden's defense. According to them, a Chinese deep sea port could have "even more serious consequences" than the Russian company Gazprom's presence, which was ultimately snubbed.

© CC BY-SA 4.0 / W.carter / Lysekil
Icy Winds Blowing Over China's Giant Baltic Harbor in Sweden
Falk and Sederholm argued that China's preference of having "wholly-owned ports" were clearly indicative of Beijing's marine ambitions and pointed out the vulnerability of Sweden's west coast. They also argued that the Lysekils municipality was subjected to heavy pressure from China and its lobbyists.

Expressen's columnist Csaba Bene Perlenberg went so far as to call Lysekil "Scandinavia's Troy," suggesting some sort of collusion between China and Russia on the grounds that the two countries previously held joint military drills.

By contrast, Jan Olof Johansson of Lysekil Municipal Council saw the need for a new deep harbor in Lysekil.

"There is a need in western Sweden to create a port that is capable of receiving the largest type of container ships coming mainly from Asia," Johansson told Swedish Radio.

​​As the debate reached the military, Defense Minister Peter Hultqvist argued that the state does not have sufficient influence regarding foreign companies buying ports or other property in Sweden.

"The government's influence is almost non-existent, so we definitely need to make sure something is done about it," Peter Hultqvist told Swedish Radio. Hultqvist ventured that Russian or Chinese-owned infrastructure in Sweden may be used for intelligence purposes or otherwise affect the country in a negative way.

© AP Photo / Fabian Bimmer
Elation as Yet Another Part of Sweden's Volvo Group Goes Chinese
According to the plan, dubbed "Lysekina" by critics (a portmanteau word made of Lysekil and Kina, Swedish for "China"), Lysekil's tiny sailboat harbor would be converted into the Nordic region's largest container port capable of receiving 400-long ships. Apart from the deep harbor, the plan also featured massive investments into the region's railways and motorways and other infrastructure, including luxury hotels and promising hundreds of jobs for the local industry.

CCCC is currently developing ports throughout the world, while Sunbase is involved in several projects for car imports to China, including a port for car imports from Europe at the Yangtze River, as well as similar projects in Wuhan, Fujian and Guangxi. In China, Sunbase has also invested in both real estate and toilet paper manufacturing.

The CCCC is owned by the Chinese state and is listed on the Hong Kong Stock Exchange as one of the world's largest in marine construction. It is currently involved in building strategic ports in Gwadar, Pakistan and Hambantota, Sri Lanka, as well as a cruise port in Panama.