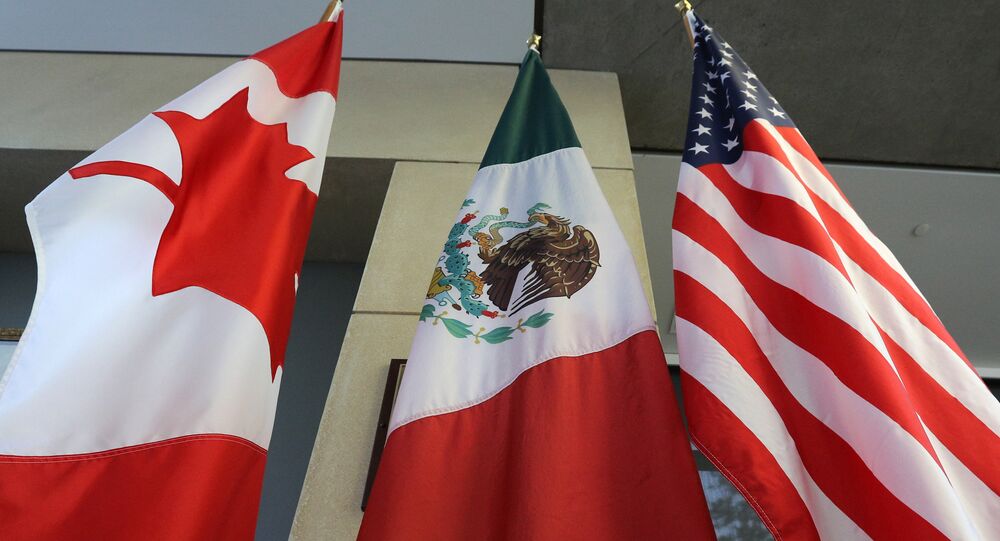 MOSCOW (Sputnik) - The North American Free Trade Agreement (NAFTA) is likely to "fall apart" in any case, as the United States has too many "poison" demands, but Canada might be better off without the deal than with it in its current form, the president of the country's largest private sector union Unifor, told Sputnik.

Canada’s Foreign Affairs Minister Chrystia Freeland told reporters on Thursday that Canada was hoping for the best, but preparing for the worst, ahead of the NAFTA talks scheduled to start on January 23 in Montreal.

"The reality is that NAFTA is going to fall apart, whether or not it falls apart in Montreal or in the next round, NAFTA is not going to be renewed, the US has far too many poison demands on the table … The worst case scenario with NAFTA falling apart is that Canada is much better off without it," Jerry Dias said.

The union's president added that Canada had a trade surplus in manufacturing before NAFTA, but has been facing a large deficit lately instead.

© AP Photo / Marco Ugarte
Policymakers Weigh End of NAFTA as Fifth Round of Talks Grind to a Stalemate
"I’m more concerned about NAFTA surviving in its current form than NAFTA blowing up," Dias said.

Unifor president explained that Ottawa would never agree with the US proposal on the rules of origin, stating that North American vehicles would need to have at least 50 percent of American-made parts in them.

Canada is also set to reject changes to dispute-solving mechanisms that demand that all cases be reviewed in US courts, according to Dias.

Canada, Mexico and the United States have been part of the trilateral free trade bloc since 1994. In 2017, US President Donald Trump, who has repeatedly criticized the agreement as disadvantageous to US workers, initiated the renegotiation. Canada and Mexico have so far rejected Washington's demands for changes regarding dairy, automobiles, dispute resolution panels, and government procurement.