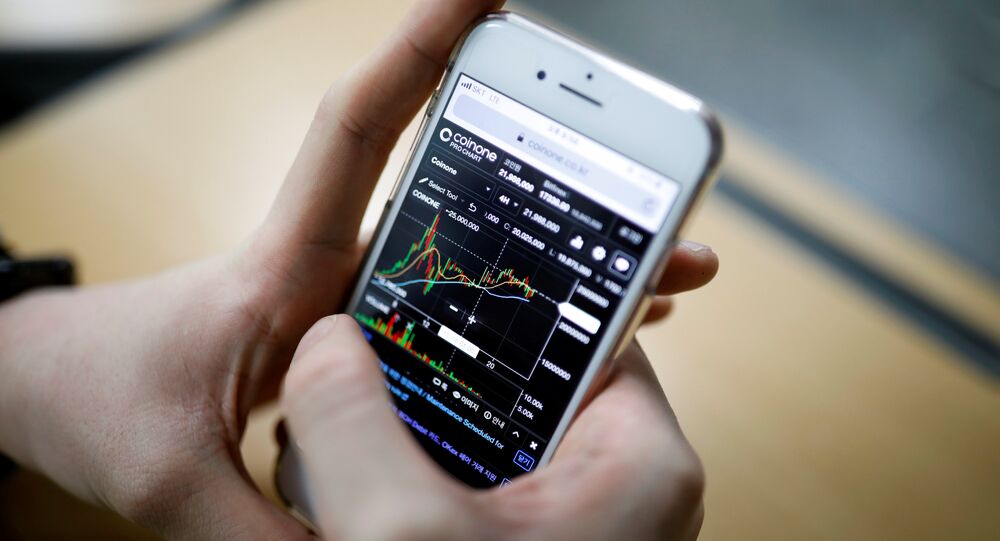 The decrease in prices stems from recent events in South Korea, where the government has been tightening the screws on the largely unregulated cryptocurrency market.

The cryptocurrency market has seen a major correction, for the second time in less than three weeks. All of the 16 largest cryptocurrencies have suffered  major declines in recent days, according to data from Coinmarketcap.com, which ranks cryptocurrencies globally based on market cap and trade volume.

According to market analysts, one of the reasons behind the slump is that on Monday Coinmarketcap removed South Korean cryptocurrency prices from its listing due to "the extreme divergence in prices from the rest of the world and limited arbitrage opportunity."

This morning we excluded some Korean exchanges in price calculations due to the extreme divergence in prices from the rest of the world and limited arbitrage opportunity. We are working on better tools to provide users with the averages that are most relevant to them.

For those asking us about the recent price fluctuation, @coinmarketcap has excluded Korean exchanges from their pricing averages. This change applies to all of their listed digital assets, not just $XRP. https://t.co/sMfKucxvXU

​The remove included Bithumb, the world’s second-largest exchange in terms of trading volume, along with Coinone and Korbit.

The decision was interpreted as a signal for a sell-off in cryptocurrencies and resulted in a so-called flash crash in the market, which, however, soon started to rebound.

Why Traders are Watching South Korea

After a crackdown on cryptocurrencies in China, market investors turned to South Korea and Japan, currently two vital sources of global demand for Bitcoin and other virtual currencies. A massive influx of money has resulted in exaggerated prices, which has been a concern for the South Korean government.

"Every crypto is priced at a 30 percent premium in South Korea," Greg Dwyer, head of business development at cryptocurrency derivatives exchange BitMex, told Reuters. "By removing that, it looks like the market cap fell by 30 percent and so people rushed to sell because they’re not sure what’s happening."

Cryptocurrencies trade at a premium in South Korea because "it’s very difficult to get cash out of the country," Dwyer explained. For example, Bitcoin is trading in South Korea is at a 70 percent premium over international rates.

For investors, one of the main advantages of cryptocurrencies is that they are decentralized and largely unregulated by governments. This anonymity, however, allows for cryptocurrencies to be used for transactions by criminals, which has provoked discussions around the world about how a government could possible regulate the market.

Last month, the South Korean government said it would increase its oversight of the cryptocurrency market, including banning anonymous crypto accounts and taking measures to shut down exchanges if needed.

On Monday, South Korean regulators inspected six local banks that offered cryptocurrency accounts to see if they were observing anti-money laundering rules. The move has made market investors jittery.

"We need regulators to look into the space more closely, the Korean exchanges have become crazy in terms of price differences so these regulatory actions would help the price stability," Naeem Aslam, chief market analyst at TF Global Markets, told Bloomberg.

In 2017, Bitcoin saw a meteoric rise from below $1,000 at the beginning of the year and hitting the historic milestone of $20,000 earlier in December. On December 22,  Bitcoin fell below $11,000, but then rebounded and has been volatile ever since.

© REUTERS / Dado Ruvic/Illustration
Bitcoin Rings in New Year With a Drop, First Since 2015
Bitcoin witnessed another landmark achievement last year. In December, the virtual currency made its major exchange debut as the Chicago Board Options Exchange (CBOE) launched the first-ever Bitcoin futures trading. Analysts suggested the move would further contribute to wider market acceptance of the virtual currency.

The uncertainty, however, remains over the future of Bitcoin as a payment tool and many investors continue to treat Bitcoin more as an investment than an actual currency. The introduction of futures trading allows for betting on and against Bitcoin prices, and market data now indicates many investors are preparing to speculate for a fall in the price of Bitcoin.

Analyst Predicts What the Future Holds for Bitcoin, Cryptocurrencies Market