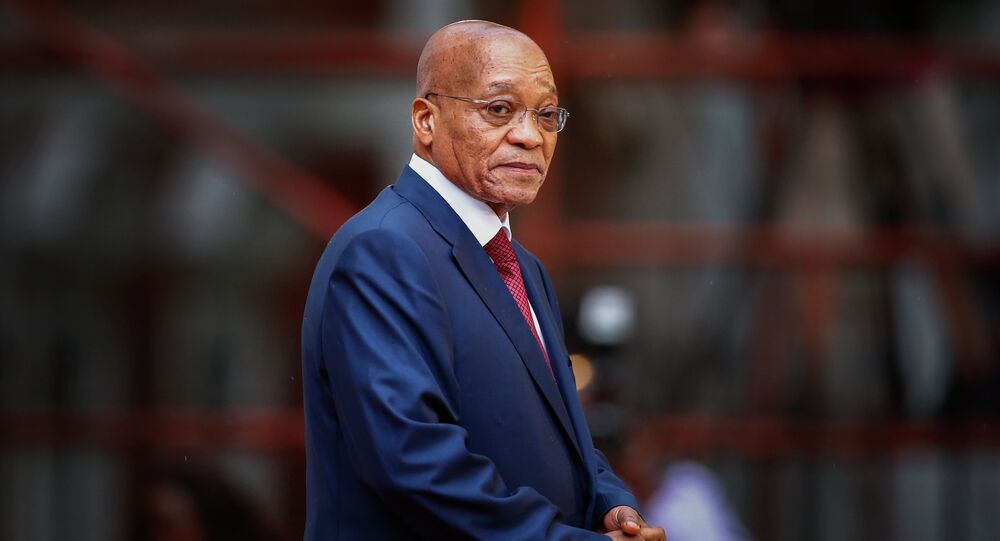 Currency traders went through a major shock in the wee hours of Tuesday when the South African rand spiked up over 1 percent instantly, then dropping back to previous levels, all in less than 10 minutes.

What caused this unusual occurrence? Why, fake news of course. We're still doing that in 2018.

Speculation on the rand began instantly, increasing its value right away. Then it came out that the report was false — while Zuma is facing a challenge from within the ANC to resign, and may well leave office sometime in January, he remains in power at the time of this writing.

Where did the confusion come from? It isn't clear. But news algorithms may have been confused by wire reports that "Zuma" had been lost — that being the codename for the SpaceX mission to launch a US military satellite that failed on Monday evening.

SpaceX's famous CEO, Elon Musk, is South African born. It's possible that news crawlers saw "Zuma," "lost" and "South Africa" and assumed that the other shoe had dropped on Zuma's beleaguered presidency.

"South Africa — like a lot of emerging markets — is especially prone to this stuff because the politics are a lot stranger than developed markets have traditionally been and thus more subject to headline risk," Paul McNamara, a London-based fund manager at GAM UK Ltd, told Bloomberg.

On December 18, the ANC replaced Zuma with Ramaphosa as their party leader. Then on December 29, the nation's highest court declared that Zuma had not been held accountable by lawmakers on allegations of violating the national constitution by misusing public funds to renovate his private property.

On Sunday, the South African Parliament announced that they would review procedures for removing the president from office.

The rand has been increasing in value since November 2017, boosting from 14.39 rand to a dollar to 12.34 rand on Tuesday. Investors have explained this slow gain as investor confidence increasing as Ramaphosa replacing Zuma as president becomes more and more likely.

"The Zuma trigger today gives a glimpse of how the rand will react if Zuma does step down early, although this possibility is increasingly being priced in," Christopher Shiells, a senior emerging market analyst at Informa Global Markets, told Reuters.

"We believe that the rand's rally is looking overstretched given that South Africa's idiosyncratic risks did not end with Ramaphosa's victory. It is for this reason that we are maintaining a cautious stance on the rand and government bonds for 2018."

South Africa: New ANC President Could End Up Being a 'Lame Duck' - Professor