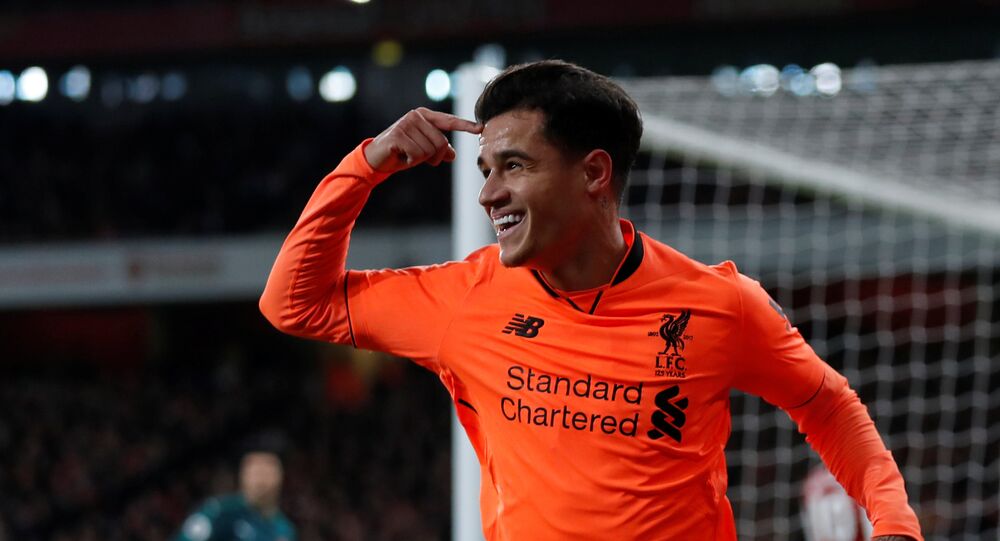 How would you spend 192 million dollars if such a hefty sum landed in your lap? Sputnik has decided to provide insight into possible options for spending the money that will be paid in the deal to transfer the Liverpool football star.

Liverpool and Barcelona have agreed on the transfer of Philippe Coutinho to the Spanish football club, in a deal worth at least 145 million pounds (about 192 million dollars).

This is what you could have bought for the cost of the Liverpool football star.

A Bunch of Islands in the Bahamas and the Maldives

The islands of the Maldives, on the other hand, are a relative bargain. With what's left from your Bahamian purchase, you could buy five Maldivian islands such as Soneva Jani, which costs three million dollars; you would even have 2 million in change!

With a briefcase containing 192 million dollars in one hand and a ticket to suburban Moscow's summer MAKS Air Show in the other, you could theoretically purchase a state-of-the-art Su-57 Russian fighter jet, worth about 146 million dollars.

The Pagani Huayra, a Italian mid-engined sports car, was named "the Hypercar of the Year 2012" by Top Gear magazine. Buying 150 of them wouldn't be a problem if you had 192 million dollars. The price tag for this luxury sports car stands at one million dollars.

© AP Photo / Vincent Yu
In this photo taken on Thursday, Nov. 24, 2011, a Pagani Huayra is displayed during a supercar show in Macau

Of course, if you're modest, you might opt to simply buy 360 new Ferraris instead.

The GDP of Tuvalu, Six Times

If you had 192 million dollars, you would have six times the gross domestic product (GDP) of Tuvalu, a Polynesian island nation of about 11,100 people located in the Pacific Ocean.

First Fuelcast sign up from Tuvalu today! (a Polynesian Island located in the Pacific Ocean!) pic.twitter.com/PHweJ45htN

You can enjoy a 360-degree panoramic view while diving on board the 1,000,000-dollar C-Explorer submarine.

© Sputnik / Aleksey Nikolskyi
Russian President Vladimir Putin following a dive in a Sea Explorer 5 submersible to the sunken screw-driven sailing ship Oleg in the Bay of Finland which sank in 1869. (File)

Touted by the manufacturer as the first underwater limousine, the submarine is capable of diving to a depth of up to 100 meters with five people on board.