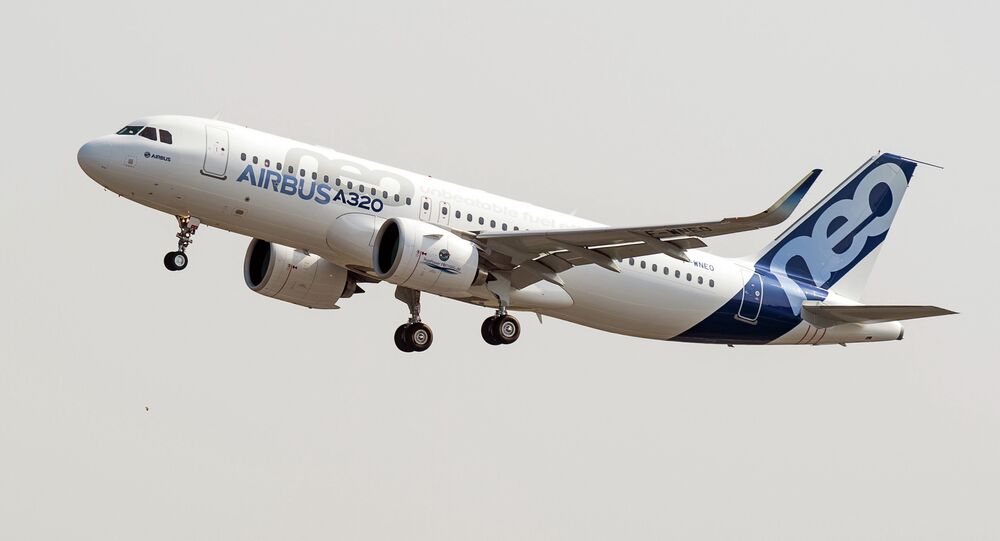 Airbus has finalized a 50-billion order consisting of A320neos and A321neos which followed a Memorandum of Understanding among the parties announced earlier.

WASHINGTON (Sputnik) — A $50-billion order for 430 passenger jets by a private equity firm and four clients, including Frontier Airlines in the United States, has been finalized, Airbus said in a press release on Thursday.

"The 430-aircraft order is made up of 274 A320neos and 156 A321neos worth $49.5 billion at list prices," the release said. "The signed purchase agreement follows a Memorandum of Understanding among the parties announced at the Dubai Air Show last month."

© AP Photo / Tony Avelar
Big Bird: Emirates Set to Place Huge Airbus A380 Superjumbo Order
Besides Frontier, other airlines in the deal are JetSmart of Chile, Volaris of Mexico and Wizz Air of Hungary, the release explained.

The deal was arranged by Indigo Partners, a private equity fund based in the US state of Arizona, which has an ownership stake in the four airlines, the release noted.

Earlier, Boeing, Airbus' biggest rival, has filed a lawsuit a lawsuit in the US over the European plane maker clinching a deal with Canada's Bombardier. Under the deal implies that Airbus will get a majority stake in Bombardier's C-Series passenger jets, with some C-Series planes due to be assembled at an Airbus plant in Mobile, Alabama. Boeing called the deal "questionable," saying that it said was signed by two state-subsidized competitors.