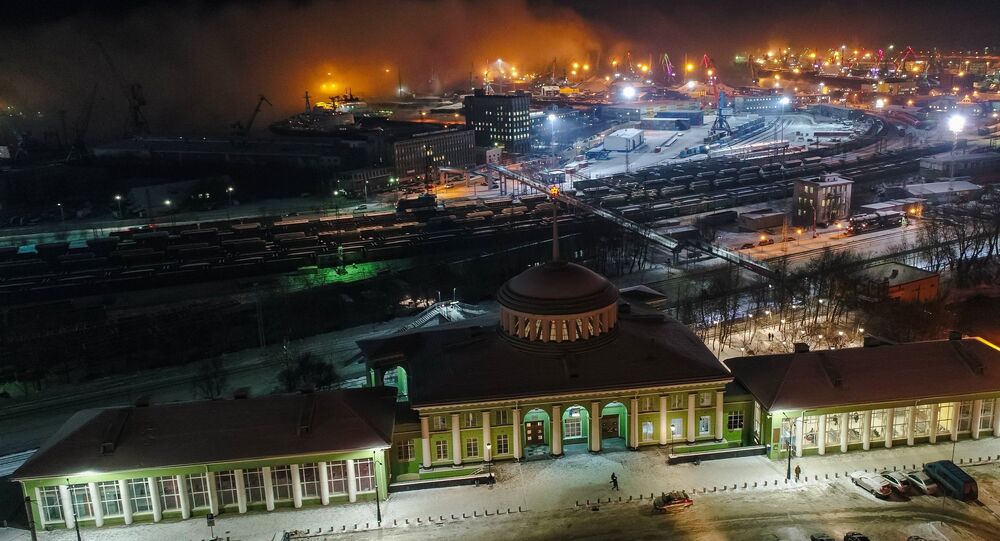 Finnish municipalities located near the Russian border have argued that a railway to Murmansk, the largest city north of the Arctic circle, is pivotal for its future economic development.

The council of eastern border municipalities in Lapland County has proposed an Arctic railway link to polar Russia, which would give a shot in the arm for Finland's local industry as well as facilitate access to China given the immense stretch of Russian railways.

The easiest and most suitable way is running the Arctic railway link from Rovaniemi via the border community of Salla to Russia's Kandalaksha and further north to Murmansk, the council argued. From Kandalaksha, there are ample railway connections to Russia's largest Arctic port, whereas Russia's network is conveniently linked to China and other booming economies in Asia, Finnish national broadcaster Yle reported.

© Sputnik / Vitaliy Ankov
Finnish Economy on the Mend, Posts Fastest Growth in EU
Additionally, the proposed railroad via Salla could be linked to the Sokli mine, Finland's largest phosphate reserve harboring an estimated 12.4 billion tons of ore.

The Finnish municipalities argued that the Russian variant is more expedient than the one via Norway, proposed earlier this year. Not only did Kirkenes, and other projected terminuses, lack connections to other railway networks but the Arctic link via Norway was nearly twice as long. The distance between Kemijärvi, currently Finland's north-easternmost railway station, to Russia's Kandalaksha is about 220 kilometers. By contrast, a railway from Rovaniemi to Kirkenes would be between 450 and 500 kilometers, depending on the route bypassing Lake Inari.

In recent years, a link to the Arctic hubs has been mulled by Finnish authorities as largely beneficial, as it would allow the Nordic country to become a major transporter of goods to and from Asia via Russia's Northern Sea Route along the northern coast of Siberia, which is gaining international attention as a viable alternative to the traditional route via the Suez canal, which is twice as long.

​A feature of the Northern Sea Route, which starts in Murmansk and leads all the way past the Bering Strait and the Kamchatka Peninsula and the Sea of Okhotsk to Asia, is the melting ice caps, which increasingly allows for direct transportation without the use of icebreakers, and the total absence of threats such as piracy, as opposed to the Horn of Africa.

The prospected railway to the Arctic coastline is seen as a part of a larger European network that would link the Arctic Ocean with continental Europe. A prospected link between Helsinki and Tallinn, Estonia, with a 90-kilometer tunnel underneath the Baltic Sea, would fill in the missing logistics piece.

Oddgeir Danielsen, the leader of the Northern Dimension Project, told the Barents Observer news outlet last year that such a giant railway project would unlock the Arctic's huge potential and give an impetus for economic development to Europe, Russia and Asia.

The border municipalities council of Eastern Lapland consists of Kemijärvi, Pelkosenniemi, Posio, Salla and Savukoski, totaling 18,000 inhabitants. By contrast, Murmansk has 300,000 inhabitants and is by far the largest settlement within the Arctic Circle.