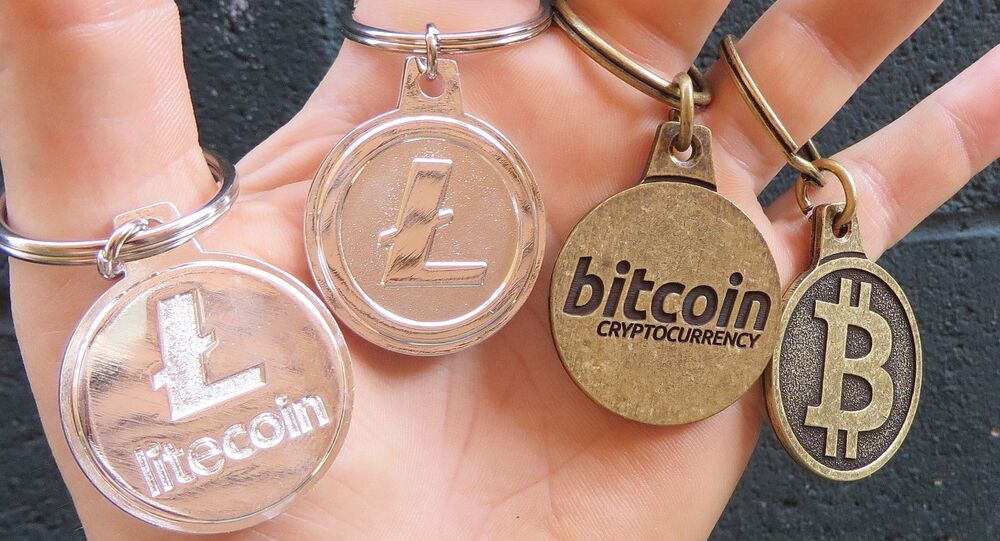 While Litecoin is still the fifth largest cryptocurrency behind Bitcoin Cash and others, it has strengthened its positions as a leading digital currency.

Litecoin has surged over 70 fold in price, outperforming bitcoin in 2017.

Since the start of this year, litecoin has dramatically increased by 7,291 percent against bitcoin's 1,731 percent.

Over the same period of time, the bitcoin dominance index has dropped from 80 percent to 56 percent.

© CC0 / Namecoin / Cryptocurrency Art Gallery
Digital Gold: Top 5 Cryptocurrencies to Watch Out For Besides Bitcoin
Analysts assume that there could be various reasons behind this trend.

Some of them believe that the current increase in the interest surrounding cryptocurrencies may have urged some investors to get more adventurous and search for other investment opportunities, according to Fortune.

Several analysts have connected the decrease in the bitcoin dominance index and the rise of litecoin's popularity to significantly lower transaction fees of the latter.

Experts also say that litecoin is a more attractive cryptocurrency due to its faster block generation, which enables more expedient confirmations of electronic transactions.

Litecoin was amongst the first cryptocurrencies to be introduced into the digital space, created by former Google engineer Charlie Lee in 2011.

Swiss Banking Giant Warns Against Buying Bitcoins That Are 'Not Money'