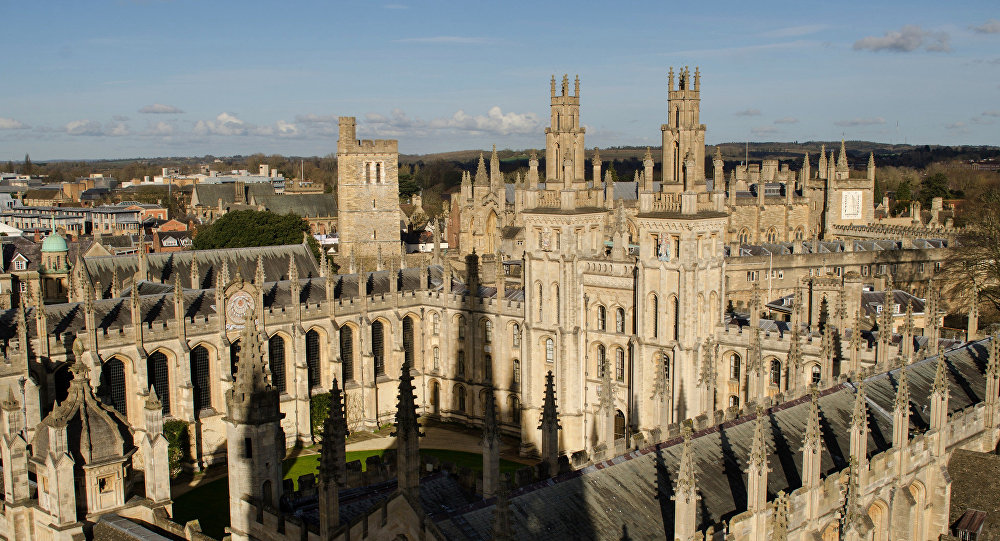 Kristian Rouz – Oxford University debuts in the fixed-income market, setting the trend for other higher learning institutions in the UK and beyond. Its historic first-ever bond issuance draws attention from both institutionalized and private investors, allowing other academic establishments to alleviate their mounting financial pressures.

“We are heading into the next decade, we have to think about the future and this should help us stay at the top of our game,” David Prout, Oxford’s pro-vice chancellor for planning and resources said. “It will allow us to invest with confidence.”

As government financing is deemed increasingly insufficient and challenges in the for-profit education sector heightening amidst mounting student debt, Oxford University sets the course for academic institutions to boost their financing, while retaining their academic freedom.
Oxford launched a 100-year bond on December 1, with a 2.54 percent yield.

“Oxford has seen consistently strong demand from students, both domestic and international, which we expect to continue,” credit rating agency Moody’s said, giving Oxford bonds its highest Aaa grade with a “stable outlook.”

Moody’s also added in a statement that “despite the very strong demand, unlike many of its Russell Group peers, Oxford’s strategy is not reliant on growth in student numbers and the university intends to maintain its undergraduate numbers at current levels.”

© AP Photo / Matt Rourke
Oxford Grad Sues Alma Mater for ‘Boring’ Teaching
In technical terms, Oxford’s bond issue is the largest a university has ever issued around the world. The issue was met with high demand, boosting its initial value from $1 billion to roughly $2 billion, doubling the security’s face value.

This might add negative pressures to the bond’s yield, but investors hardly seem to be discouraged thus far.

“Downward pressure would be exerted on the ratings by a deterioration in Oxford’s strong market position, triggered by external pressures or weak strategic planning, resulting in lower student demand or an inability to attract research funding or high-calibre staff,” Moody’s said in a statement.
The bond entered the world’s top-20 traded securities in Europe just one day after its issue.

This comes as the UK’s higher education sector is facing an uncertain future due to the government’s frugal approach to budget spending. Besides, as UK universities make half of their revenue from tuition fees, the ongoing flight of students for overseas higher education institutions further complicates financing issues.

Average university fees in the UK stand at roughly $12,500 per year and are expected to decline next year due to decreasing enrolment. Whilst many students who can afford these fees seek education opportunities overseas, those who would study at home struggle to pay for their education.

“I think the whole higher education sector is worried about the debate around tuition fees,” Prout said.
Brexit is also a concern. Many students in the UK’s universities would come from the EU, not least because they would plan to seek employment opportunities in the country after their projected graduation. Now that the fate of EU citizens in Britain is uncertain past March 2019, EU student enrolment is poised to decline.

In recent years, EU countries have sent up to 58,000 students to the UK, representing 8 percent of undergraduate and 15 percent of post-grad enrolment. Some 25,000 university personnel have also come from EU countries as well.

READ MORE: UK's Silicon Valley Given Thumbs Up, But Brexit Will 'Slow It Down'

Another issue is that EU financing will not be available to British universities after March 2019, when Brexit goes into effect.