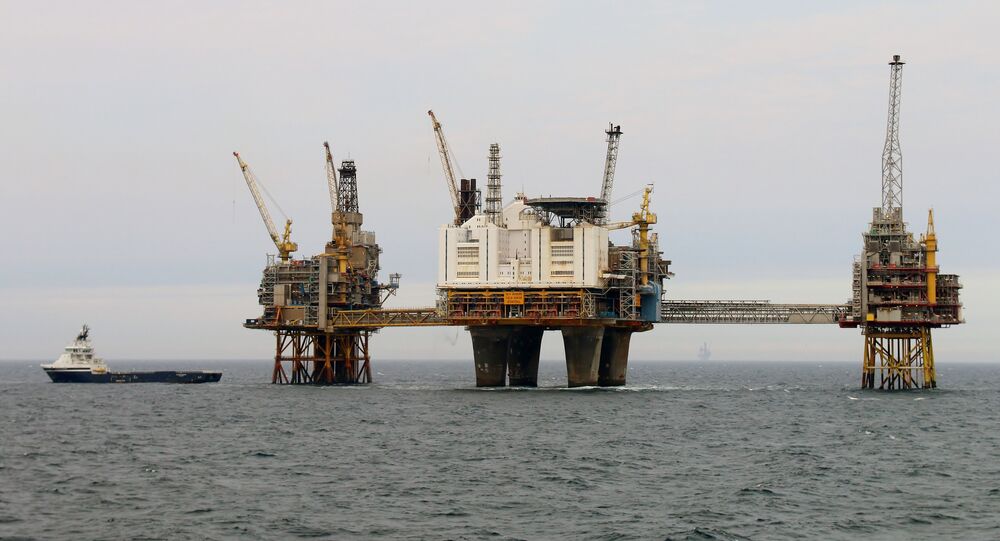 Norway has announced a giant investment in Arctic oil development. Despite being only half the initially specified sum, it came as a bitter blow for the country's environmental activists, who recently took the Norwegian state to court over Arctic exploration.

Situated about 240 kilometers from the town of Hammerfest in Norway's far north, the Johan Castberg offshore project is scheduled to launch production in 2022. Its recoverable reserves are estimated at about 650 million barrels of oil equivalent. The Johan Castberg project alone will generate about 1,700 jobs, of which 500 are in northern Norway alone, Statoil said in a statement.

Norwegian officials minced no words in expressing their elation over the project.

​"This is a great day for the Kingdom of Norway and the region of northern Norway," a jubilant Oil and Energy Minister Terje Søviknes said.

Hammerfest vice mayor Marianne Sivertsen Næss said the project was "extremely positive," stressing its weight for the entire region. At present, Hammerfest already serves as the base for the Goliat project, Norway's first oil drilling project in the Arctic.

​Kjell Giæver, the director of Petro Arctic, a regional network of oil and gas industry suppliers, went so far as to say that the project puts northern Norway on the map as the country's "gold coast."

© AFP 2020 / MARCEL MOCHET
Government on Trial: Historic Lawsuit to Halt Oil Exploration Starts in Norway
The rejoicing is all the more understandable as the Johan Castberg project was long riddled with challenges and delays, caused by falling oil prices, rendering the initial scheme unprofitable and triggering major cost-cutting. Compared with the initially proposed investment threshold of over NOK 100 billion ($12 billion), requiring oil prices of at least $80 per barrel to be profitable, the project was considerably scaled down. Today, the outlay stands at more than haft the original estimate, with a break-even point of less than $35 per barrel. Statoil owns 50 percent of the project, which includes Italy's Eni (30 percent) and the Norwegian public company Petoro (20 percent).

Statoil's expansion plans came amid a lawsuit popularly described as "The People v Arctic Oil," which was launched less than two weeks ago. Since the Norwegian oil giant didn't wait for the trial to end before going ahead, the environmentalist plaintiffs were incensed.

"It's utterly and completely crazy to invest in a project that will commit Norway to creating enormous emissions over the next 30 years," Silje Ask Lundberg, the leader of the Norwegian Society for the Conservation of Nature, said, voicing fears that Statoil's cost-cutting will result in cheap solutions that can boost emissions and cause more pollution.

Give it up for our amazing friends of @NaturogUngdom who are currently taking their government to court for opening new areas to oil drilling in the arctic! #PeopleVsArticOil #FossilFree #COP23 pic.twitter.com/0frKdN5Dfv

​As Norway's oil minister also moved to open new swaths of the Arctic for oil exploration, it becomes crystal clear that gushing oil will continue to fuel Norway's economy for years to come, despite having halved since its peak in the early 2000s.