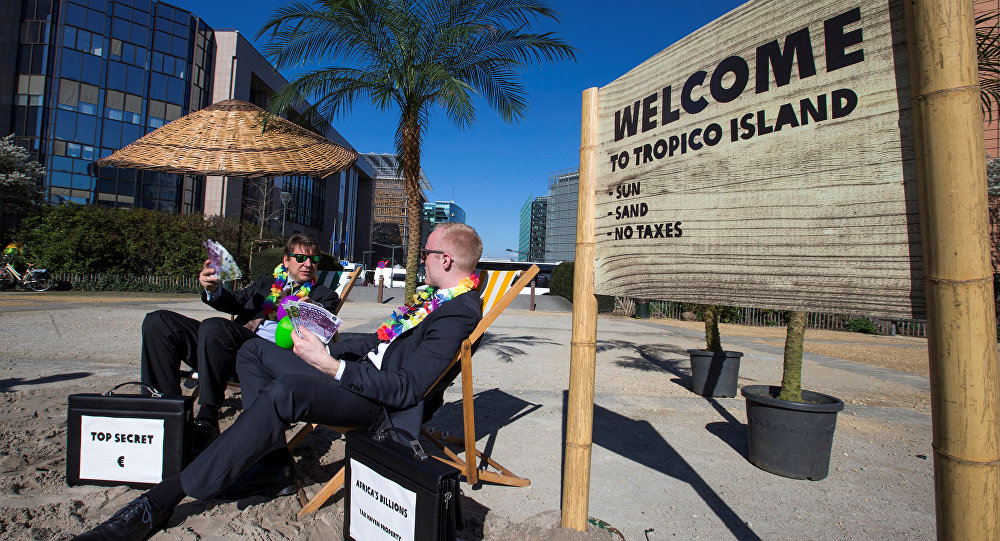 The blacklisted jurisdictions were chosen on the basis of poor cooperation with the European authorities on tax issues.

According to Reuters, the European Union finalized a blacklist of some 17 international tax havens in a major effort to crackdown on tax-evasion and money-laundering.

Earlier today, European Commissioner for Economic and Financial Affairs, Taxation and Customs Pierre Moscovici indicated that the EU would adopt a blacklist of some 20 tax heavens.

READ MORE: Paradise Papers: 'The Discovery of the 21st Century' or a Mere PR Stunt?

"There will be, I hope, a blacklist that will include about 20 countries that despite ten months of talks have not made the necessary commitments, and then also a list I would call grey with about 40 countries, who have made commitments that will need to be respected," Moscovici said during the meeting of the Economic and Financial Affairs Council (ECOFIN).

"A tax haven is determined on the basis of criteria, including respect of international standards in the field of automatic information exchange, which are observed by European nations," the EU official stated.

The EU anti-evasion measures follow numerous revelations of tax-evasion and money-laundering schemes carried out by wealthy individuals and large companies across the world.

© AP Photo / Kevin Wolf
Soros' Revenge? Analyst Explains Why British Crown, Trump Entourage Come Under Attack
In November, the International Consortium of Investigative Journalists (ICIJ) published an investigation in off-shore dealings allegedly conducted by some of the world's most prominent figures as well as some leading transnational companies, including Apple and Uber.

Dubbed as Paradise Papers, the investigation was built on the basis of some 13.4 million leaked documents.

In spring 2016, the ICIJ released some 11.5 million documents, collectively known as the Panama Papers, which sparked the EU anti-avoidance measures.