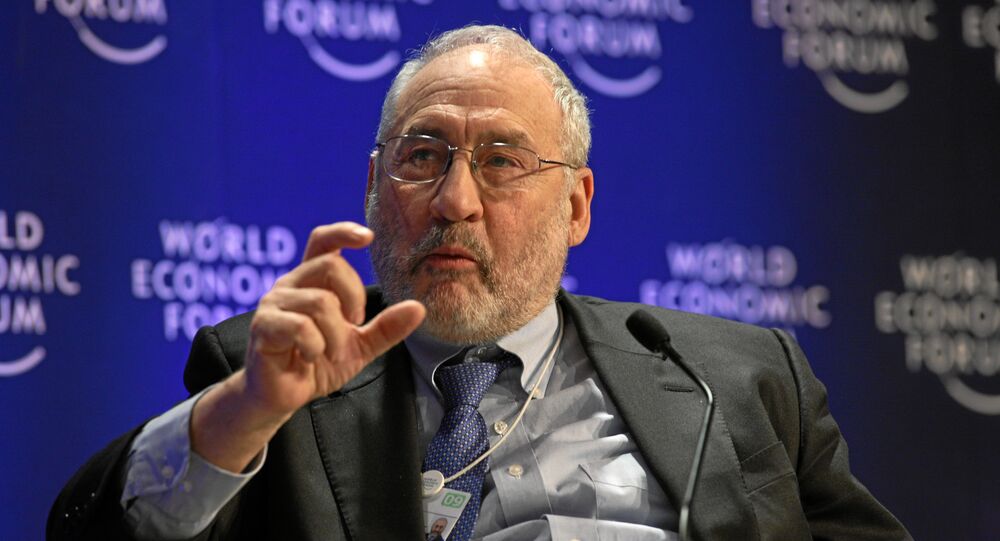 Nobel Prize Winner Stiglitz Says Bitcoin is 'Bubble,' 'Ought to be Outlawed'

As the value of Bitcoin drops by $2000 in a matter of hours, several leading voices in economics and finance have expressed skepticism about the cryptocurrency; Joseph Stiglitz says Bitcoin is a fad which "doesn't serve any socially useful function," while the CEO of Erste Bank thinks central banks could intervene.

The wildly popular yet volatile Bitcoin cryptocurrency, which has enjoyed a meteoric rise in recent weeks, "should be banned," according to the former chief economist of the World Bank Joseph Stiglitz.

"Bitcoin is successful only because of its potential for circumvention, lack of oversight," Stigliz, currently a professor at Columbia University, told a Bloomberg Television interview on Wednesday.

​"So it seems to me it ought to be outlawed," he said, adding that "It doesn’t serve any socially useful function."

"It's a bubble that's going to give a lot of people a lot of exciting times as it rides up and then goes down," he predicted.

On today’s episode of “How much did you lose out on because you sold Bitcoin early.” We talk about how BTC hit a record high of $11,000!

Stiglitz is not the only high-profile Bitcoin sceptic. On Thursday, Andreas Treichl, chairman and chief executive officer at Austria's Erste Group Bank, replied, "No I'm not," when asked if he was a "Bitcoin believer."

"I believe that if it gets stronger, it will be taken over by the central banks," he told Bloomberg.