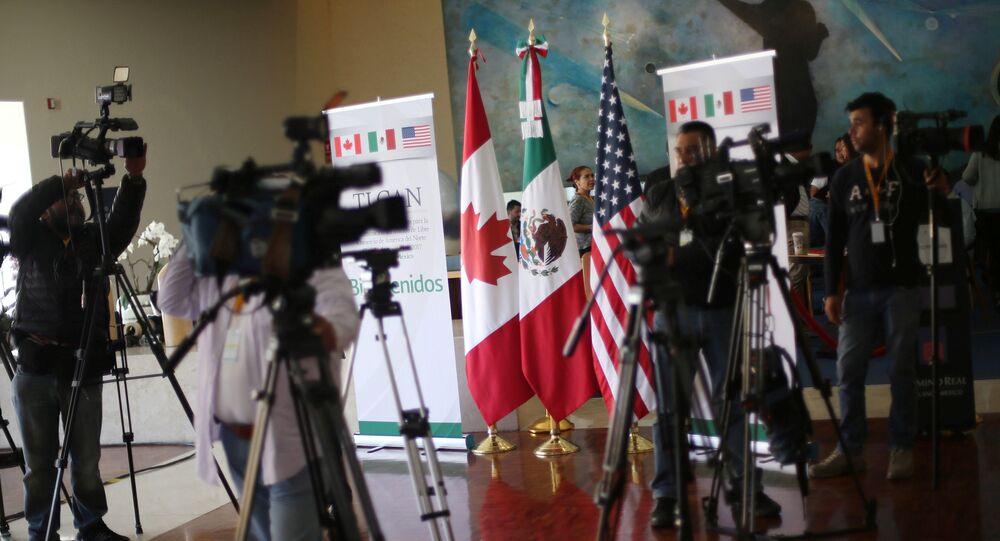 Earlier, US President Donald Trump proposed limiting the duration of the agreement on the North American Free Trade Area (NAFTA) for five years, after which it would be revisited.

"Absent rebalancing, we will not reach a satisfactory result," Lighthizer said in a statement issued upon the conclusion of the fifth round of NAFTA renegotiations.

READ MORE: 'Triumph or Defeat?' How US Industry Robotization Might Affect NAFTA

The trade representative added that a rebalanced NAFTA is meant to "promote greater prosperity for American workers, farmers, ranchers and businesses and strengthen the North American region as a whole."

"I hope our partners will come to the table in a serious way so we can see meaningful progress before the end of the year," Lighthizer said, adding that the negotiating teams will meet again in December.

A trilateral statement issued after the conclusion of the round of talks, in turn, said that negotiators concentrated on making progress with the aim of narrowing gaps and finding solutions, and achieving progress in a number of chapters.

The negotiations were initiated by US President Donald Trump, who repeatedly criticized the agreement as disadvantageous to US workers. Canada and Mexico have so far rejected US demands for changes regarding dairy, automobiles, dispute resolution panels and government procurement.

The #DonaldTrump admin is stalling the #NAFTA talks so it can beeyatch about the talks being stalled. The fact is NAFTA has been good for the people of all 3 nations.

​In October, Canada, Mexico and the United States, decided to extend the NAFTA negotiations into next year past the original deadline of December 31. The next round of the talks is scheduled for January 23-28 and will take place in Montreal, Canada.

Mexico Optimistic About NAFTA Free Trade Talks With US

US Must Bring Spirit of 'Compromise' for NAFTA Talks to Succeed