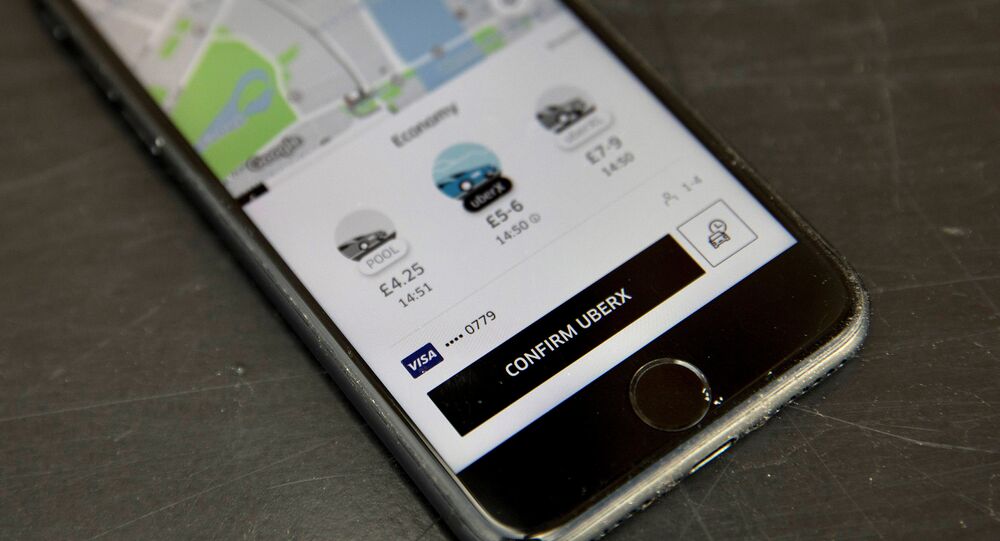 The UK House of Commons Work, Pensions and Business and Energy and Industrial Strategy Committees on November 20 released a joint report calling for the government to close loopholes allowing the exploitation of workers in the "gig-economy." The government bodies have recommended measures to deter "irresponsible employers" from exploiting vulnerable workers, ranging from the issuing of fines, up to imprisonment.

© CC BY 2.0 / shopblocks / Deliveroo Biker
Attack of the Apps: UK Deliveroo Drivers Lose Fight for Workers' Rights
Committee members called for harsher penalties in the expectation that the Government may not have the resources to ensure that employment laws are enforced. Sir David Metcalf who co-authored the report said, "if you don't have enough enforcement resources, then the punishments should be larger."

Around 15 percent of the workforce in Britain, equivalent to 5 million people, is classified as "self-employed." The 'gig-economy' is estimated to employ nearly 1.3 million people in the country working for companies such as Uber, Addison Lee and Deliveroo.

The Independent Workers Union of Great Britain (IWGB), which has supported many court-cases including suits against Uber and Deliveroo, welcomed the report's conclusions and calls for legislation to be introduced to enforce the protection of these rights.

"The report provides a refreshing focus on government enforcement of employment law in the so-called 'gig-economy,' something which is long overdue. We are disappointed however, to see that the report doesn't call for extending more basic employment rights, such as statutory sick pay or right to claim unfair dismissal to workers," the IWGB head Dr. Jason Moyer-Lee said.

The decision was clear. Again. Uber should stop wasting everyone’s time and money dragging their lost cause to the Supreme Court. Accept the decision and show your workers some respect. #TaxiForUber https://t.co/2YGunMPBdE

Jeremy Corbyn: "Workers' rights are human rights. They give protections to every single person in employment." pic.twitter.com/GDY3U2utVO

In a similar case before the Central Arbitration Committee concerning Deliveroo, it was determined that the delivery app's drivers could not be considered workers, but are instead 'self-employed.'

Would you pay £1 more per delivery to make sure workers had full rights at Deliveroo? https://t.co/SfqSKRfqcN

How "App Jobs" are Changing the Labour Market