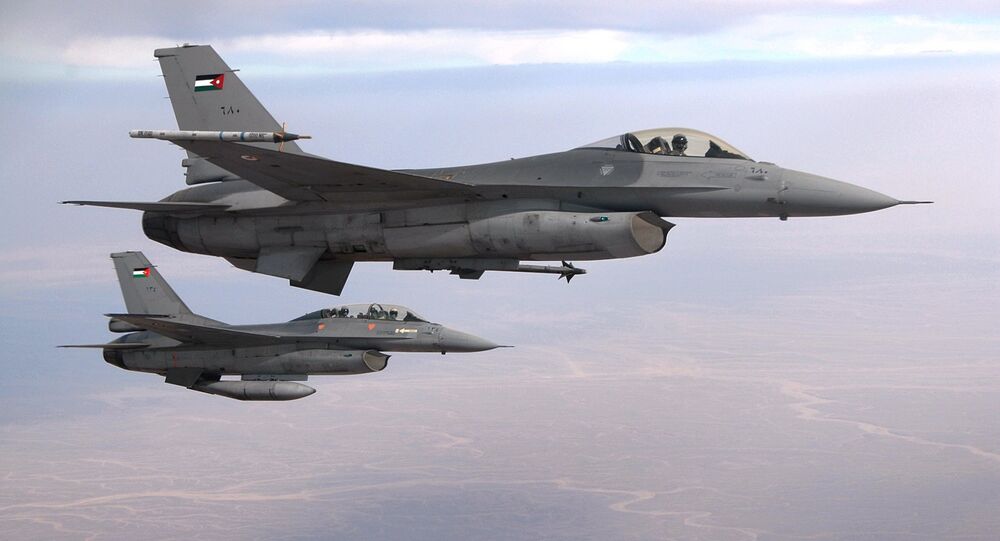 Defense sector analysts see a surging market for fighter jets among Middle East nations over the next five years.

During the Dubai Airshow, which runs from November 12 to November 16, plenty of US aircraft manufacturers will be looking to pitch US-made aircraft to potential buyers, Defense News reports.

In recent years, countries like Bahrain, Morocco, Israel, the United Arab Emirates, Qatar and Saudi Arabia have been shelling out cash on aircraft contracts left and right to grow their air forces.

© Photo : US Air Force
UAE May Get US F-35s After All, Despite Regional Concerns

“A lot of these contracts have come to completion,” says Derek Bisaccio, an analyst at Forecast International. “They’ve started signing orders. They’ve been approved. So that does limit what they need to be purchasing for the time being.”

Notably, in March, US President Donald Trump lifted an arms embargo on Bahrain based on state-sponsored human rights abuses, thus allowing a deal for 19 F-16 jets to move forward. In June, Qatar and the US signed off on a $12 billion deal for F-15s.

“What I think is notable is that a lot of these countries feel they need to get more. They definitely have the budgets for it, the resources for it, even with the collapse of energy prices,” Bisaccio told Defense News.

The Teal Group’s Richard Aboulafia expects Middle East nations to buy at least 245 “new-build” aircraft, as opposed to refurbished or modernized ones, in the next five years.

The question is who will supply them. The biggest suppliers of combat aircraft are overwhelmingly the US and Russia. In descending order, the F-16, F-18, Su-27, F-15, MiG-29, MiG-21 and Su-25 have been the top seven sellers worldwide since production started for each plane, according to Motley Fool.

Israel is on pace to buy 50 fifth-generation F-35s, and the first F-35I Nadirs are slated to become operational in just under a month. The UAE may become the first Middle East partner not named Israel to get approval to buy F-35s after the Trump administration decided to “consider” a longstanding request from Abu Dhabi.

Malaysia Learning About Nuclear Technology From France, US, UAE - Minister

Did Trump Talk the Saudis and Emiratis Out of Invading Qatar?