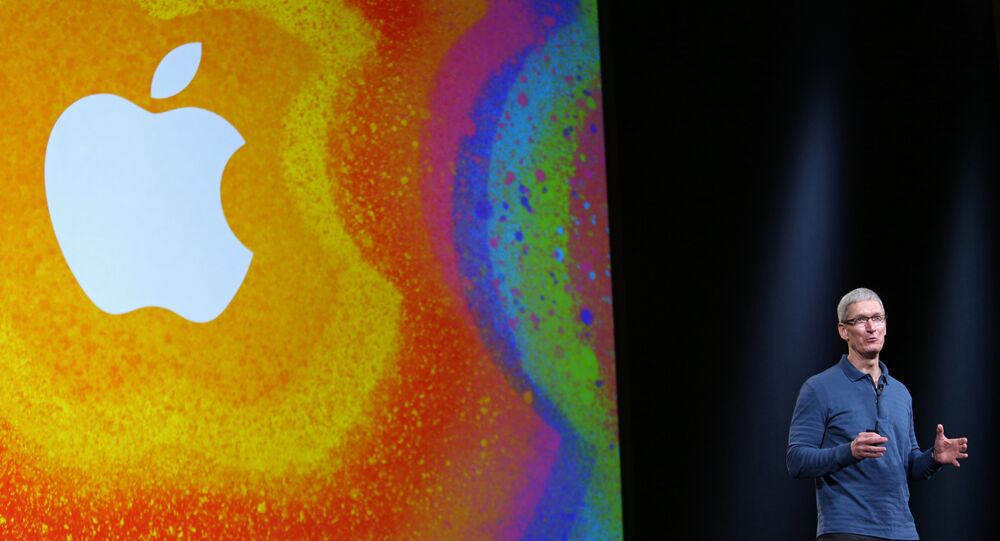 In recent years, American high-tech company Apple has been avoiding taxes by shifting parts of the company’s operations to Jersey Island in the English Channel, after its previous tax haven, Ireland, tightened regulations, the so-called Paradise Papers have revealed.

Speaking before a Senate investigative subcommittee in May 2013, Apple’s CEO Tim Cook pledged, "We pay all the taxes we owe, every single dollar," adding that the company did not need any "tax gimmicks."

At the time, the iPhone manufacturer exploited legal ways to pay very low taxes outside the United States, parking its profits on the accounts of its Ireland-based entity. The scheme was later revealed after the Senate had conducted an investigation into the matter. Several months later, due to international pressure, Irish authorities started to crack down on the scheme, forcing Apple to start looking for a new tax haven.

"The move affected two of its most important subsidiaries, one of which is thought to hold the key to a company cash pile worth more than $250 billion," The Guardian reported, based on records shared by the International Consortium of Investigative Journalists (ICIJ).

The documents revealed that Apple approached Appleby, a Bermuda-based law firm known for managing offshore companies. According to The New York Times, a key architect in the new scheme was Chicago-based law firm Baker McKenzie.

One email from the Paradise Papers contains a 14-item questionnaire sent in March 2014 to Apple’s offices in Bermuda, the British Virgin Islands, the Cayman Islands, Guernsey, the Isle of Man and Jersey.

Apple decided that its new offshore tax structure should use Appleby’s office in Jersey, the largest of the Channel Islands with a population of 100,000. The island is formally subject to the British crown, but in fact has independent legal and financial systems and also has strong links to the British banking system. As Jersey can make its own laws, it has become a popular tax haven, according to NYT.

© AP Photo / Mark Lennihan
Ireland Calls EU Commission Decision Over Apple Tax Case 'Disappointing'
The documents, however, do not say why Jersey has not become the new tax home for all of the three companies. The New York Times, citing experts, provided one possible explanation. The Irish government expanded its tax deductions for companies that move rights to intellectual property, including patents and trademarks, into Ireland. If an Irish company spent $15 billion on such rights it could claim a $1 billion tax deduction annually for 15 years.

A law professor who reviewed the documents told the newspaper that there was a "strong possibility" that Apple moved intellectual property to Ireland in a transfer worth nearly $200 billion.

That would mean that any income that Apple now generates in Ireland could be partially offset by more than $13 billion in tax deductions each year for 15 years, according to the report.

Despite the fact that similar schemes have already been reported for other tech companies, including Google, Facebook and LinkedIn, Apple is the highest corporate taxpayer in the US and, as Senator John McCain told the investigative subcommittee in May 2013, "one of the largest corporate tax avoiders."