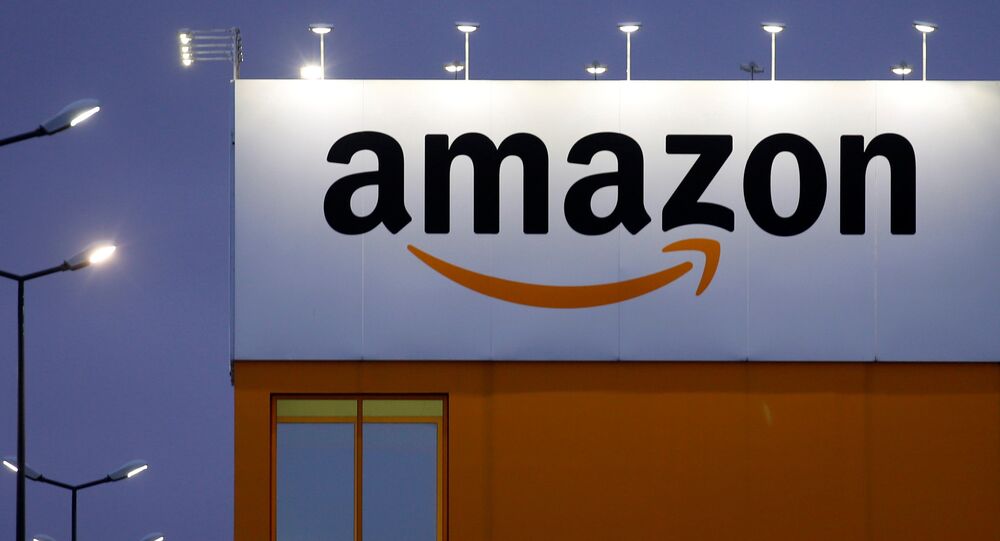 Amazon has bought three domain names relating to cryptocurrency but a University of Cambridge academic explained to Sputnik why there would be obstacles for Amazon entering the market.

The company's Vice-president Patrick Gauthier has previously said that Amazon had no plans to accept cryptocurrency due to low demand and that it's simply protecting its brand name. Three years ago Amazon has secured the amazonbitcoin.com domain name, which currently leads people straight to amazon.com.

Commenting on the announcement, Dr. Garrick Hileman, a research fellow at the University of Cambridge and expert on cryptocurrency, issued a note of caution.

"People always get excited when one of the big five tech companies gets involved in something. Caution is in order. Based on what they have done in the past it could just be a brand defense strategy," Dr. Hileman told Sputnik.

​However, according to the academic, the news shouldn't be dismissed as it signifies the "recognition of the growing importance of cryptocurrency."

"They could start accepting payments in cryptocurrency on Amazon. There is nothing to stop them doing that. How likely they are to do that is an open question. People are primarily getting into bitcoins for investment purposes or they are trying to build on the cryptocurrency eco-system. People are not really spending bitcoins on gifts and services. Well over 80 percent of recent new users are looking at it as an investment," Dr. Hileman told Sputnik.

The internetgiant already has the Amazon Coin, which is similar to a corporate giftcard, and Dr. Hileman said the giant has been making tentative moves into the financial services sector.

There is also the risk of some companies, such as Apple, not wanting to sell their products on Amazon for cryptocurrency, according to the expert.

"Burger King recently announced a WhopperCoin in Russia and I said at the time that McDonald's are not going to let you pay for Big Macs with WhopperCoins. It's that sort of issue that faces Amazon," Dr. Hileman told Sputnik.

The price of a bitcoin reached US$6,600 on Wednesday, following news of plans by CME Group — owners of the New York Mercantile Exchange — to launch a bitcoin futures exchange later this year. On Thursday it rose as high as US$7,355.

Bitcoin was the first cryptocurrency but it has been joined recently by the Ethereum blockchain, while last month Russia announced plans for its own, the CryptoRuble.

Dr. Hileman explained that the price of all cryptocurrencies was set by simple demand and supply.

"There is a finite supply of bitcoin. Based on the software management protocol rules there is an upper limit of 21 million bitcoins that can ever be produced and there are 16.5 million in existence. Ethereum doesn't have an upper limit. There are 99.5 million ethers in existence but that number could grow," he told Sputnik.

​In some ways, the price of both cryptocurrencies is entirely dependent on the market, similar to the real currency exchanges.

"Sometimes currencies go to zero, like in the case of Zimbabwe. If confidence is lost it doesn't matter if the government wants you to pay your taxes in that currency people will abandon it. But it would take wild mismanagement of the US dollar for it to go to zero," Dr. Hileman told Sputnik.