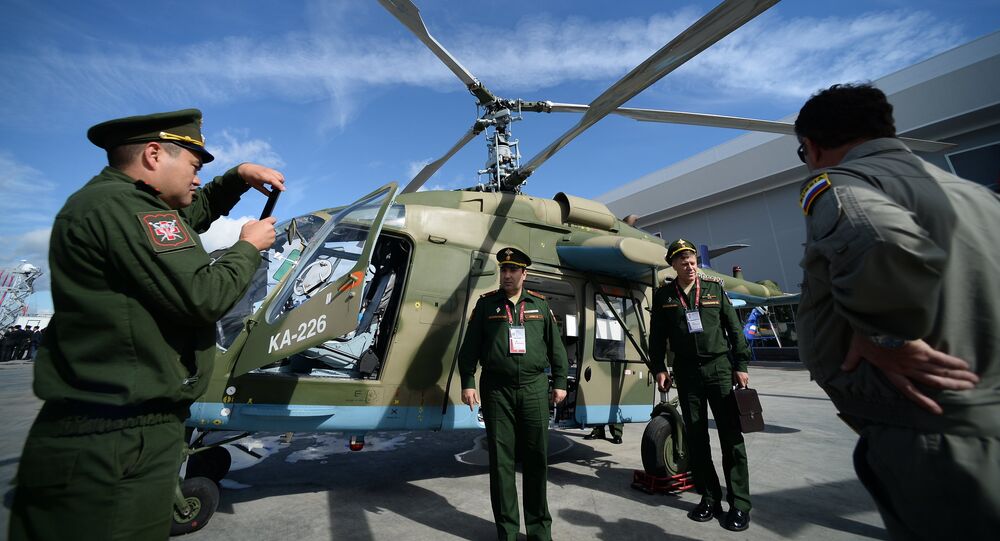 Sixty helicopters will be received in flight-ready condition from Russia while another 40 will be assembled in India and the remaining 100 will be fully built in India.

"We discussed all aspects of the Ka-226T project. (It was) agreed that the contract should be signed in the beginning of 2018," Andrei Boginsky, CEO of Russian Helicopters told the PTI after the meeting with the Indian defense minister Nirmala Sitharaman in New Delhi.

India-Russia Helicopter Limited, the joint venture incorporated in June of this year, has a 49.5 percent stake in Russia's Rostec Corp. and the remaining 50.5 percent is owned by India's Hindustan Aeronautics Ltd. (HAL). Under the deal for 200 Kamov Ka-226Ts, 60 helicopters will be received in flight-ready condition from Russia while another 40 will be assembled in India and the remaining will be 100 fully built in India.

© Sputnik / Maxim Blinov
Russian Helicopters Waiting for 1st Payment From India Under Ka-226 Delivery Deal
Last week, HAL chairman T. Suvarna Raju said that things are moving fast and that a request for quotation (RFQ) is likely to be issued by the Indian defense ministry soon.

Earlier Russian Helicopters said in a statement that Andrei Boginsky would discuss with Indian Defense Minister Nirmala Sitharaman the possibilities of increasing the import of helicopters to India and how to arrange after sales maintenance for helicopters manufactured in Russia as well as the supply of spare parts and components.

HAL is also developing a single engine three-ton light utility helicopter independently; two prototypes have already been released. HAL is expected to freeze the helicopter configuration by the end of this year but it will take at least five years for the project to be realized.

Ka-226 May Serve as Base for 1st Russian Unmanned Helicopter