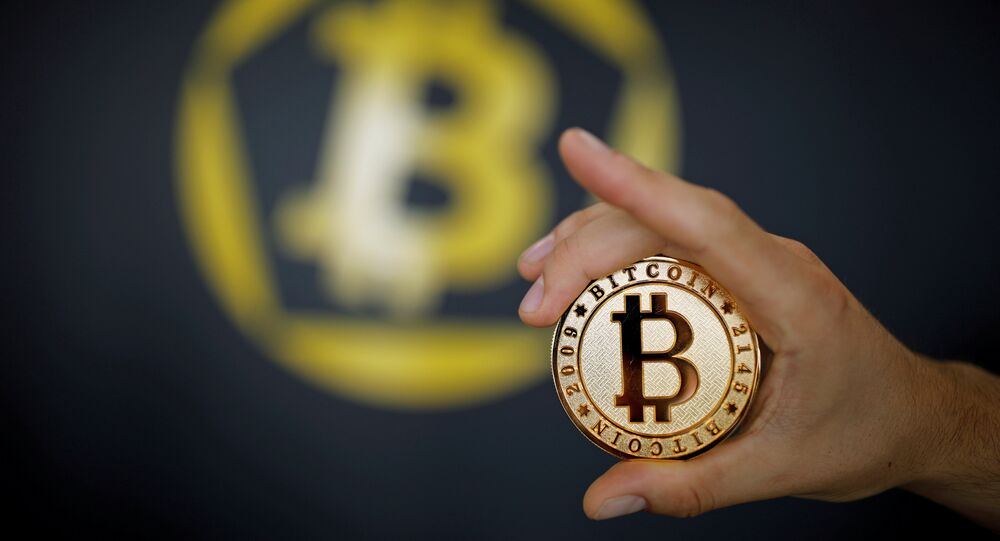 A Russian business group has asked parliament to legalize the circulation of domestic cryptocurrencies only, pointing to the risks of foreign virtual money. The warning came amid an increased number of proposals from Russian officials to introduce government control over cryptocurrencies.

"In the current geopolitical situation, the issuance and circulation of foreign cryptocurrencies in Russia risks irreversible negative consequences for both Russia’s economic development and political stability," AVANTI, a patriotic entrepreneur association, said in a letter to the speakers of both chambers of the Russian parliament.

In particular, the business group is urging the parliament to consider legal amendments concerning government regulation on the issuance and circulation of cryptocurrencies.

What Are the Risks?

The letter pointed out the key risks possibly stemming from cryptocurrencies.

"In addition to a number of undisputable advantages, any cryptocurrency has its flaws from which serious risks emerge. Among these disadvantages are the lack of control over issuing and circulation, exchange rate unpredictability, insufficient security, anonymity and decentralization," Rakhman Yansukov, chairman of the business association, said.

Cryptocurrencies have no material form and global currency regulation does not currently apply to them. An unlimited number of anonymous sources can issue and use such currencies. Anonymity and decentralization are two of the key principles on which a cryptocurrency is based, but the business group warned that unregulated and anonymous virtual money are likely to be used in "illegal financial transactions."

The organization also said that cryptocurrencies are often used as a payment tool on marketplaces on the so-called dark net, including for buying illegal weapons and drugs. The authors of the letter also said that virtual money can be easily used as bribes and for funding outlawed organizations, including terrorist groups.

Why Russia Needs its Own Cryptocurrency

In view of this, the authors of the letter are proposing two key measures to minimize those risks, including introducing government control and focusing on the development of a national cryptocurrencies.

In Russia, there have already been several more or less successful attempts to create a cryptocurrency with government involvement.

© AFP 2021 / KAREN BLEIER
Russia Should Develop Own Cryptocurrency to Replace Bitcoin and Etherium - Communications Minister
For example, the national research institute "Innovative Technologies" has developed a Bitcoin analogue, the RuCoin. This virtual currency has already been added to some global trade platforms and its developers have attracted over $200,000 in investment.

What is also important is that the introduction of a national cryptocurrency would help attract more foreign investment to the Russian economy despite "sanctions and short-sighted political decisions."

Several Russian high-ranking officials have proposed to create Russia’s own cryptocurrency, but the idea is opposed by the Central Bank of Russia as it sees serious risks in the use of any form of digital currency.

"We are categorically opposed to introducing cryptocurrencies in regulation as a monetary asset, an asset used to pay for goods and services, are against equating it with foreign currencies, because […] there is foreign currency, there are states that produce it, there are economies and central banks that are behind it. The phenomenon [of cryptocurrency] is less understandable here," central bank’s chief Elvira Nabiullina said in September.

However, despite the opposition from the regulator, Russia may soon become the first country in the world to launch a cryptocurrency backed by a government.

Russian Minister of Communications Nikolai Nikiforov said Sunday that a decision has been made by the Russian president to launch the CryptoRuble cryptocurrency.

"I confidently declare that we run CryptoRuble for one simple reason: if we don’t, then after two months our neighbors in the EurAsEC [Eurasian Economic Community] will," Nikiforov said.

The minister added that the CryptoRuble will be based on Russian cryptography and its development is not going to take long. It is expected that the cryptocurrency can be exchanged for rubles. However, unlike bitcoin, it will not be possible for people to mine the CryptoRuble. Its issuance will be strictly regulated by authorities.

Russian Finance Minister Anton Siluanov said last week that the government may outline the basic positions on regulating the issuing and circulation of cryptocurrencies and mining "by the end of the year."

The minister said that the Central Bank, the Ministry of Finances and the Federal Financial Monitoring Service will all be involved in the process of preparing regulations on cryptocurrencies.

© Sputnik / Vladimir Astapkovich
Keeping the State Out: Big Banks Create New Cryptocurrency
According to Deputy Prime Minister Igor Shuvalov, the issue of regulating  cryptocurrencies requires a framework that would include a legal definition of a cryptocurrency and outlines the powers of the Central Bank in regards to virtual money.

Earlier, Russian President Vladimir Putin held a meeting on the cryptocurrency issue, saying that the use of virtual money poses serious risks to the government.

"The usage of cryptocurrencies creates serious risks. I know the central bank’s position on that. Cryptocurrencies are issued by an unlimited number of anonymous bodies. Thus cryptocurrency buyers could be involved in unlawful activities," Putin said.

In a recent interview with Kommersant FM radio, Russian presidential adviser on Internet development German Klimenko suggested that in their current form, cryptocurrencies are unlikely to be legalized in Russia until "there are restrictions of one kind or another."

With Cryptocurrencies on Rise Worldwide, Has Fine Art Finally Got the Picture?