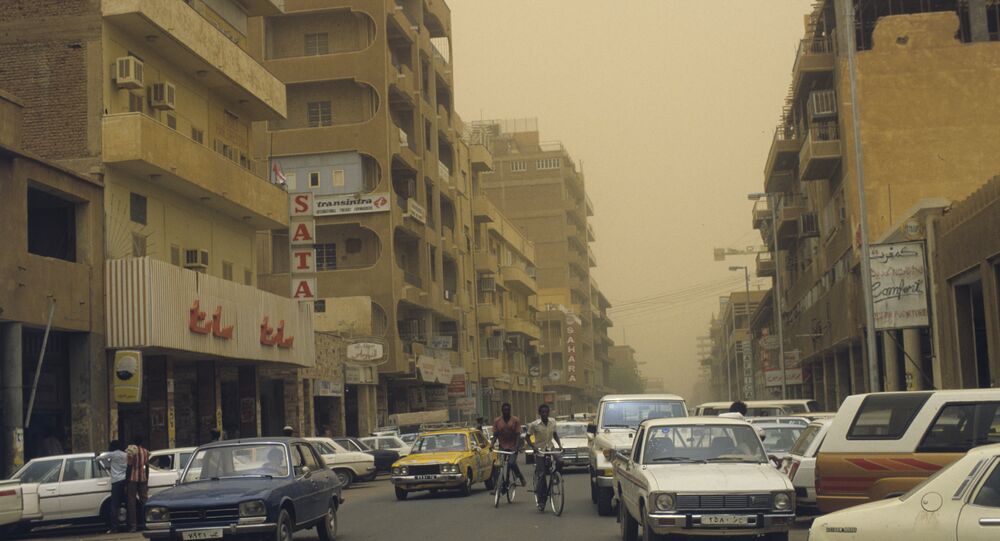 It is not difficult to find China's legacy in Sudan. From landmark buildings — such as the Friendship Hall in Khartoum, built with Chinese assistance — to vital infrastructure like the Merowe Dam, known as Sudan's "Three Gorges," Chinese influence in Sudan is visible.

While Western media outlets hype up the theory of China's neocolonialism in Africa and warn against China's increasing influence in the continent, officials, social elites and ordinary people in Sudan have overwhelmingly come to see China's engagement in the resource-rich country in a more positive light.

This is not only because the relationship between China and African countries cannot be portrayed with one broad brush stroke. China's relations with Sudan, which have a long and deep-rooted history, are different from those with other African countries. This is partly because China has been offering a unique "China plan" and a new development model to help industrialize Sudan amid the decades-long US sanctions as well as alienation by other Western powers.

© Sputnik / Pavel Lisitsyn
Russia, Sudan's Nuclear Energy Committees Begin Work on NPP Project
Apart from "no-strings attached" investment in infrastructure such as the country's much-needed railways, roads and bridges, China has been working with Sudan to build an integrated value chain for the country's cornerstone industries to allow the country to develop its own capacity for long-term economic sustainability.

The topic of China's engagement in Sudan's oil industry is unavoidable. It is an issue that has been used for accusing China of exploiting resources in African countries for its own gains. However, the fact that Chinese investment has not only helped Sudan extract oil from fields in which Western companies tried and failed, but has also helped expand oil facilities to upgrade the industrial value chain offers clear evidence that China is rewriting the history of human development with a new model, which not only deserves the appreciation of local people but also careful study in the West.

With the help of a Chinese investor — CNPC — Khartoum Refinery Company (KRC) has become a source of Sudanese pride. While many resource-rich African countries still rely on selling crude oil to gain foreign currency revenue and have long been placed at the bottom of the global value chain, susceptible to price sensitivity, Sudan has built its own refinery through the partnership with CNPC. With an annual refining capacity of more than 4.5 million tons, the refinery not only fully meets domestic demand but also can export finished oil products to neighboring countries.

The partnership with CNPC has resulted in a complete modern industrial oil system in Sudan that integrates the upstream and downstream industries. During the process, CNPC also helped Sudan train technicians and managers in the oil sector and create a modern corporate management system. Additionally, a range of supporting services and manufacturing businesses have derived from the integrated industrial oil chain, generating new jobs.

© Wikipedia / New Zealand Defence Force
US Revokes Economic Sanctions on Sudan 'in Recognition of Gov't Positive Actions'
Today, KRC has become Sudan's name card for showcasing its success in building the country's own modern oil industry. It has drawn the interest of state leaders and government delegations in other oil-rich African countries who have visited KRC, keen to learn from the refinery's experience. The success of the refinery has boosted the international influence of CNPC and also built a new image for Chinese investment in African countries.

The uniqueness of China's development model in Sudan also lies in the fact that Chinese investment is not confined to the oil sector but ventures into a diverse range of industries to help the country reduce its overreliance on the oil sector and create a robust cycle for sustainable cooperation.

This is particularly evident following the independence of South Sudan in 2011, which saw Sudan suffer the loss of more than 70 percent of its oil revenue. The government of Sudan is also seeking to reduce its dependence on the oil industry by developing other industries such as agriculture, mining and auto manufacturing to mitigate the loss of oil revenue.

© REUTERS / Stringer
Sudan Hopes to Join BRICS in Near Future - Presidential Aide
Despite the difficulty in securing bank loans due to US economic sanctions, Chinese investors have chosen to stick with Sudan because of its long-term potential. Inspired by the model of Sino-Sudan cooperation in the oil industry, Chinese investors are seeking to help Sudan develop its agriculture, another pillar of the country's economy that accounts for 45 percent of its GDP.

As cotton is the major agricultural product in Sudan, Chinese companies are working to help Sudan build a complete value chain for the cotton industry, which integrates cotton farming and processing as well as textile and garment manufacturing in the country.

The benefits of China's development model in Sudan are significant because it not only brings an economic boost but also contributes to social and political stability in the country by creating local jobs for a large pool of the country's young work force and helping the country to diversify its economy for more sustainable growth.

With the US having just announced that it will lift most of the long-standing economic sanctions against Sudan, Chinese companies are ready to participate in what they call "a new wave of entrepreneurship" in the country. A new economic surge is now predicted in Sudan, and Chinese investors are bound to be key contributors. That explains the continuing popularity of Chinese investment in Sudan.

This article, written by Song Shengxia, was originally published in the Global Times.