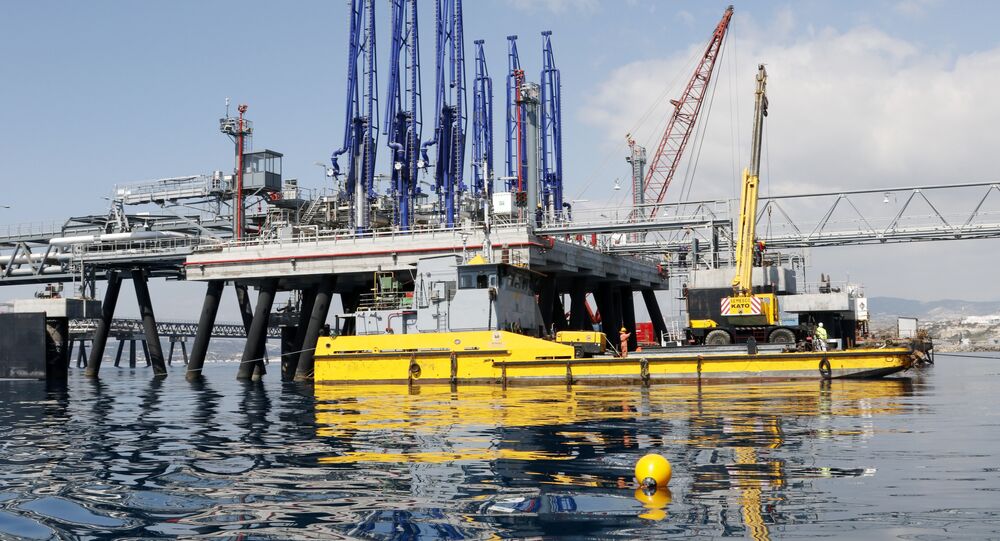 With Oil at $100 a Barrel, Drilling in Eastern Mediterranean 'Worthwhile'

Hydrocarbon discoveries in the eastern Mediterranean in recent years have sparked something of a "gold rush" in the region. Sputnik looks into why it has taken so long for gas and oil companies to drill in the waters off Cyprus.

Marcus Franck, the founder of London-based Franck Energy, said experts had known there were hydrocarbons in the eastern Mediterranean for many years but they were not economically viable while the prices for gas and oil remained low. Additionally, political instability in the region also played its role in slowing down the process.

"It's taken a long time because these reserves are found in areas where it was previously not deemed viable to extract. At over US$100 per barrel of oil, the potential for this extraction became worthwhile, and that's probably why the exploratory drilling to find these resources was commissioned," Mr. Franck told Sputnik.

© Flickr / Ed Schipul
Israel Threatens Tiny Cyprus in Offshore Drilling Dispute
Cyprus's energy minister Yiorgos Lakkotrypis said this week that a gas field discovered in the eastern Mediterranean was too small to be commercially viable on its own. However, while the discovery amounted to only 0.5 trillion cubic feet of gas, another gas field off Cyprus has been estimated to contain four trillion cubic feet and US-based Noble Energy is planning to go ahead with production.

Cyprus, Israel and Egypt have all unearthed oil and gas finds in the eastern Mediterranean in the last few years but what largely stands in the way of Nicosia's oil and gas exploration in the area is the unresolved Cyprus dispute.

Cyprus wants to drill for gas and oil along the south coast of the island but Turkey says the government in Nicosia has no jurisdiction to act alone, without the involvement of the Turkish Republic of Northern Cyprus, which is only recognized by Ankara.

"We expect the Greek Cypriot side, which refuses to accept the Turkish Cypriots as politically equal partners on the Island, to refrain from acting as though it were the sole owner of the Island's natural resources and to cease its hydrocarbon-related activities," the Turkish Foreign Ministry's spokesman Ambassador Huseyin Muftuoglu said in March this year.

Cyprus's energy minister Mr, Lakkotrypis said in May that the Republic of Cyprus will continue with its oil and gas strategy, of exploration and exploitation, stressing "it is our sovereign right and we will continue to exercise it."

A few days after talks between the Greek Cypriots and Turkish Cypriots broke down in July, Turkey threatened measures against France's Total Oil group after it announced plans to drill in the Aphrodite field, just off Cyprus.

"Oil and gas discovery is of huge economic consequence to the region, but the impact on everyday citizens depends on the inclinations of government power," Mr. Franck commented.