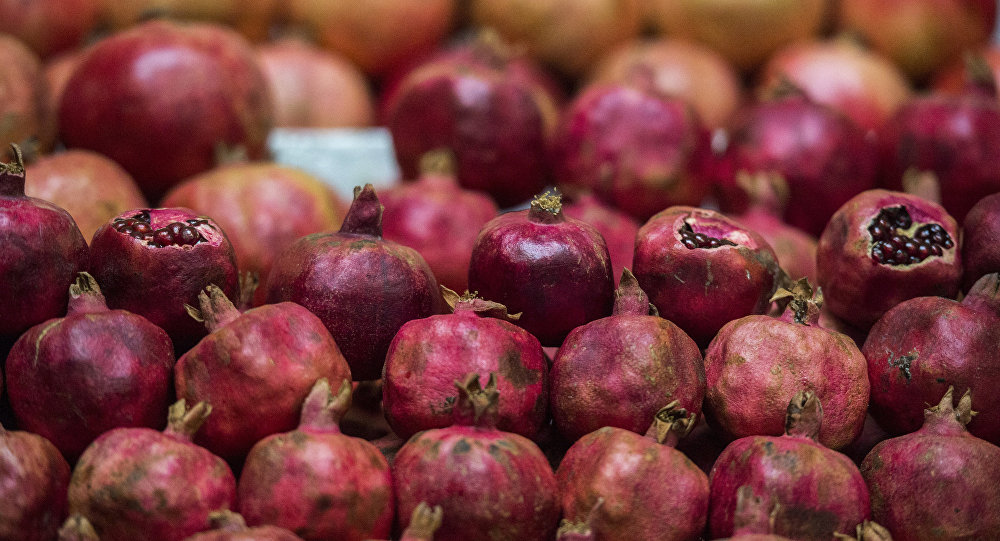 Afghanistan Chamber of Commerce and Industries announces that Kabul is going to increase fruit exports to Russia.

MOSCOW (Sputnik) — Afghanistan plans to increase fruit exports to Russia in the near future, hoping to be delivering up to 70 tonnes of fruits to Moscow per day, First Vice-Chairman of Afghanistan Chamber of Commerce and Industries (ACCI) Al-Khaj Khan Jan Alokozai told Sputnik.

In August, Afghan President Ashraf Ghani promised his support to the exporters of fruits, and announced that Afghanistan intended to open new export centers in several states, including Russia.

"As for the Moscow market, it is a market with enormous possibilities for us, not only for fruits, but also for vegetables and other agricultural production. For Moscow alone, we could produce 70 tonnes of oranges per day. We have great pomegranates, apples. Export potential of Afghanistan is one million tonnes of fruits, and that is apart from what we produce and use for domestic consumption," Alokozai said on Wednesday.

However, he added that there were certain difficulties in organizing the deliveries, in particular because of the lack of direct railway routes.

© REUTERS / Mohammad Ismail
Afghanistan Wants Russia, Not US to Help Restore Peace in Country - Ambassador
"That is why we hope that our friends from Turkmenistan and Uzbekistan will join in and help us to organize a corridor for delivery of our production to Moscow markets," Alokozai explained, adding that the sides needed to sign a multilateral protocol or a treaty on transit.

Afghanistan’s economy has been suffering severe setbacks for decades following a series of civil wars and the insurgency of several terrorist groups. In the recent years, however, the country’s economy started to show positive dynamics, but still remains dependent on the international aid.

Fruits and nuts comprise some 95 percent of Afghan import to Russia. In 2016, import of these products amounted to $5.9 million.

Resolution of Water Disputes in Afghanistan to Boost Economic Growth