During Japanese Prime Minister Shinzo Abe's visit to India, the countries are expected to finally seal the US-2 amphibious aircraft deal, the negotiations on which had been halted since 2010 because of its “excessive price.”

Abe arrived in Ahmedabad on Wednesday on a two-day visit during which he will hold talks with Prime Minister Narendra Modi to review progress in the strategic partners' multifaceted cooperation. 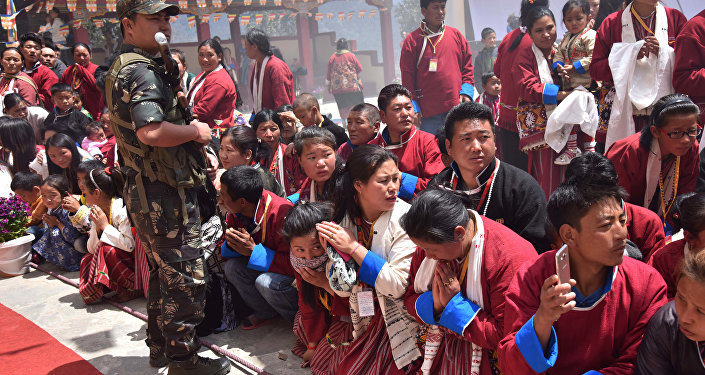 © AFP 2019 / Biju BORO
India Grants Citizenship to 100,000 Buddhist, Hindu Refugees
While the main focus is going to be on the high speed railway groundbreaking ceremony, India and Japan are expected to deepen their cooperation on defense and nuclear technologies.

India is likely to finalize purchases of the US-2 amphibious aircraft ShinMayWa in what may become Japan's largest defence export deal. India plans to buy 12 of these aircraft off-the-shelf for the Navy and another 18 will be jointly manufactured in India under the Prime Minister Modi's "Make in India" programme.

The talks on the deal were stuck for several years due to New Delhi's concerns over the high cost, but during the India-Japan Annual Summit last December both Prime Ministers decided to kick-start the deal process.

"Defence cooperation with Japan remains a priority for us. I cannot prejudge what the outcome will be on US-2 during this visit because the outcome is under works now," said Pranay Verma, Joint Secretary (East Asia), Ministry of External Affairs, as cited by the Hindu Business Line.

Apart from the conclusion of the ShinMayWa deal and rolling out big infrastructure and connectivity projects in Asian and African countries, there are also prospects for India's collaboration with Japanese nuclear companies.

The Indian government's decision in May to build 10 new nuclear power reactors is expected to clear the way for Japanese companies and shift India's focus from negotiating for full reactors to using Japanese expertise and technology to augment their capacity.