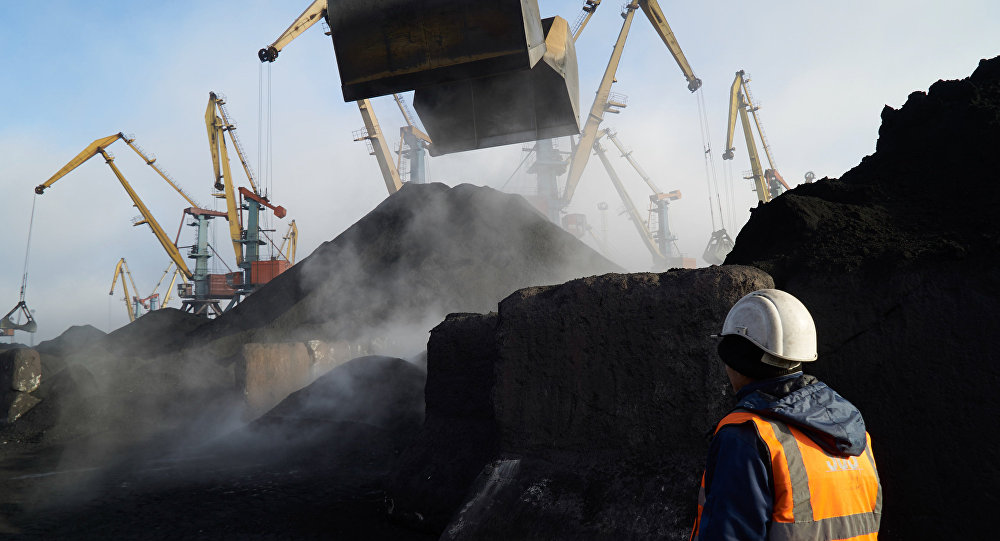 Ukraine has received the first cargo vessel with an anthracite coal from the United States on board as part of the deal reached between the country's president and his US counterpart after supplies from Donbass self-proclaimed republics had been banned.

KIEV (Sputnik) – The first freight of an anthracite coal from the US has been delivered to Ukraine's port of Yuzhnyy, located near the southern city of Odessa, the port’s press service said Wednesday in a statement.

"The ship Ocean Ambitious moored to the handling terminal Sea Commercial Port ‘Yuzhnyy’ on September 13 at 2:15 a.m. [23:15 GMT on Tuesday]. There are 62,000 tons of US power generating coal for the Centrenergo thermal power plant on board of the bulk freighter," the statement said.

The fossil fuel will be unloaded within three days, according to the statement.

“As agreed with  [US] President [Donald] Trump, the first American coal has reached Ukraine. It is a significant contribution to our energy security and vivid proof of mutually beneficial strategic cooperation between our two nations,” Poroshenko wrote on his Facebook page and Twitter account.

Ukraine has been experiencing a severe deficit in anthracite, the most in-demand and high-quality type of coal in the country. This shortfall within Ukraine's power plants is having a bad knock on effect on the country’s households.

© Sputnik / Alexander Kryazhev
Political Action? Why US Coal Shipments to Ukraine 'Make Absolutely No Sense'
US coal supplies to Ukraine are being carried out under agreements reached by Ukrainian President Petro Poroshenko and his US counterpart Donald Trump during the former’s visit to the United States in June. On August 21, the Ukrainian embassy in the United States announced the first coal supply between US Xcoal Energy & Resources and Ukraine's Centrenergo.

The coal crisis is rooted in the conflict-fraught relationship between Kiev and the self-proclaimed republics that rejected the new government that came to power as the result of the Euromaidan protests, considering it to be a coup d'état.

US Dragging Ukraine Over the Coals With Exorbitant Coal Prices