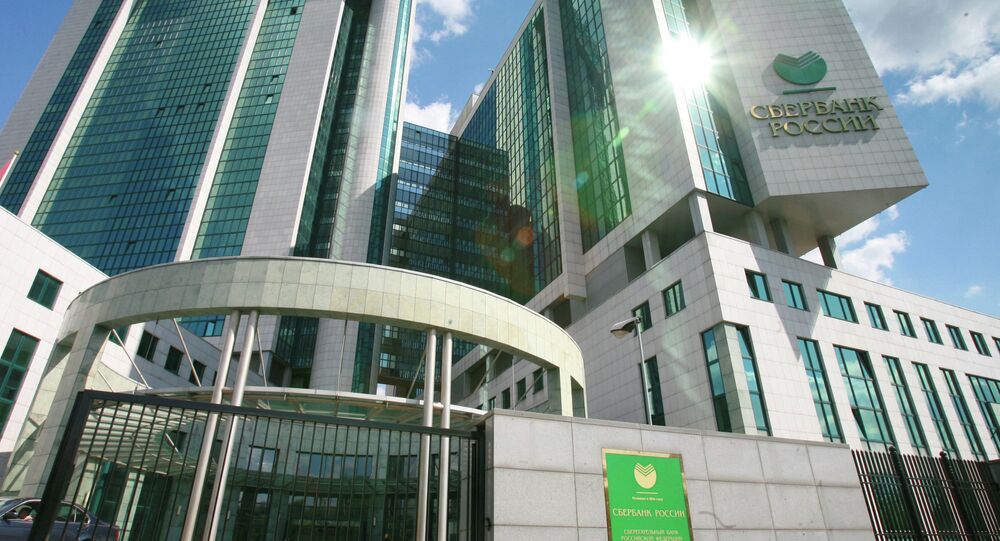 MOSCOW (Sputnik) — Russia's largest bank Sberbank is interested in an increased prevalence of private banks in Russia, as the government's presence in the economy may otherwise increase to an undesirable level, Sberbank CEO German Gref said on Tuesday.

"We have an interest that none of the banks fail. I consider the presence of a strong private sector and strong competition to be extremely important… I have always been advocating this position, to have the smallest possible public economy sector, the smallest number of state banks, and the largest possible number of strong private banks, regardless of their size," Gref told reporters.

© Sputnik / Pavel Lisitsyn
Russia's Sberbank Plans to Increase Gold Supplies to China
According to the Sberbank chief, competition among banks allows the swift development of the economy. Gref also noted that he has always been supportive of the privatization of Sberbank.

Sberbank is currently controlled by the Russian Central Bank via the latter's majority stake. The issue of the Central Bank's stake privatization was raised last year, but Russian President Vladimir Putin has said the move would be premature.

On August 29, the Russian Central Bank launched bailout procedures for Otkritie Bank, which used to be the largest private bank in Russia, and appointed a temporary administration to manage it.