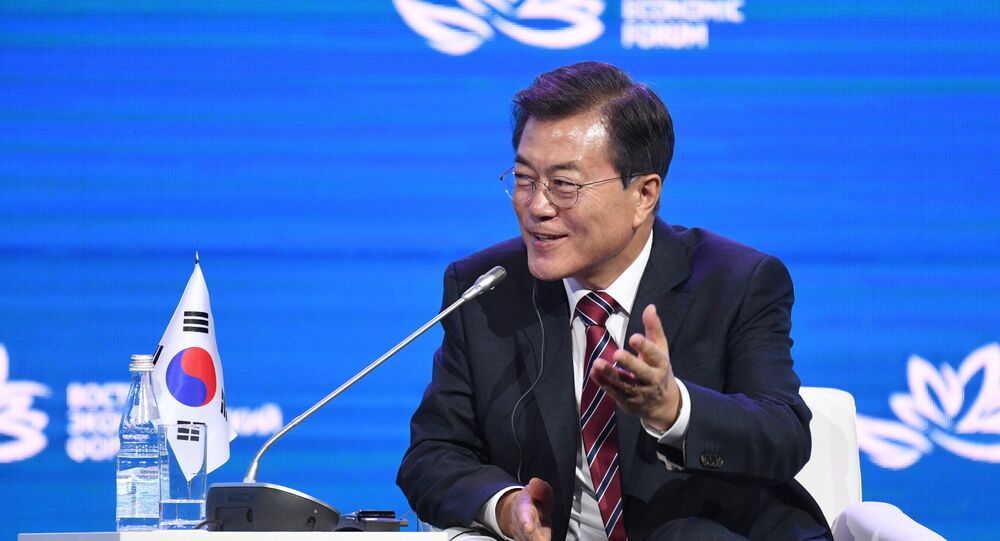 The South Korean president offered Russia to cooperate on a range of projects, including gas, shipbuilding, agriculture and others.

"I propose to build 'nine bridges' between Korea and Russia for simultaneous and multilateral cooperation," Moon Jae-in said, speaking at a plenary session of Russia's Eastern Economic Forum 2017.

"Nine bridges mean the bridge of gas, railway, the Northern Sea Route, shipbuilding, the creation of working groups, agriculture and other types of cooperation," he said.

The South Korean leader said he had agreed with Russian President Vladimir Putin to establish a forum for interregional cooperation.

On Wednesday, Moon Jae-in said that Russia, South Korea and North Korea would work on joint projects in the Russia's Far East.