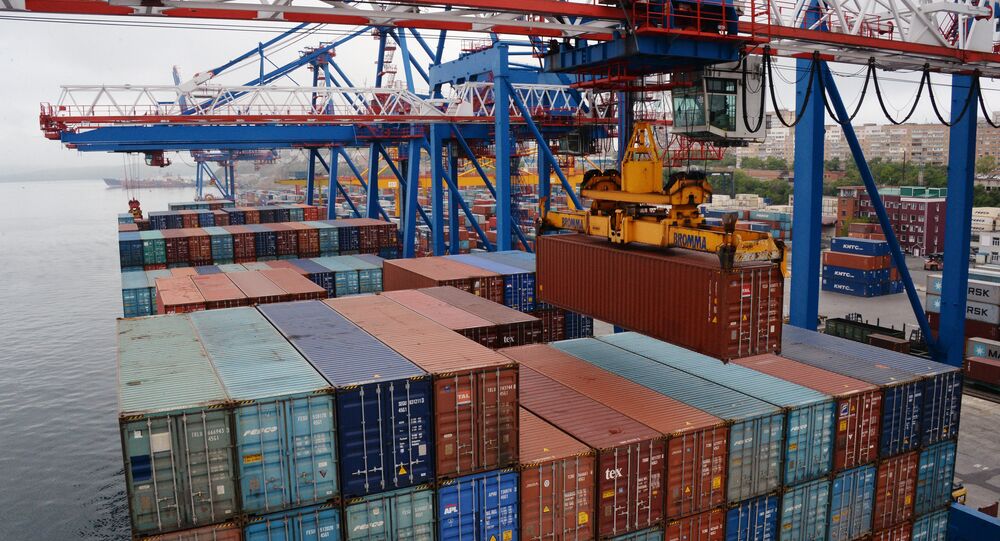 The CEO of the Far East Development Fund welcomes the desire of North American and European companies to invest in the region, noting that the fund does not yet have too many contacts with North American companies.

"We do not distinguish between any countries and we welcome companies from North America as well as European companies to invest in Russian Far East alongside Asian companies," Chekunkov said.

Chekunkov noted he saw a major increase in interest and activity from Asian countries, specifically from China, Japan and Republic of Korea.

"We have a few discussions… with the companies that are interested to develop brownfield and greenfield large mining projects … I think we still have to see some progress, some normalization because such dialogue firstly spreads across more industries, secondly becomes more practical and needs specific deals," Chekunkov added.

The fund's CEO said he would like to see the Russian Far East as a neutral ground for peaceful cooperation and negotiations between many countries, including from the APEC (Asia-Pacific Economic Cooperation) block, which should cooperate much more.

© Sputnik / Maksim Blinov
Joint Russia-China Mining Fund to Be Launched in 2017 – Far East Fund
The fund does not yet have too many contacts with North American companies, Chekunkov noted.

The Far East Development Fund was established to invest in projects in the Russian Far East and to attract international partners for co-investments in the region. Its sole shareholder is the state-owned Vnesheconombank (VEB). As of June 2017, total assets of the fund amounted to 32.7 billion rubles ($565 million).