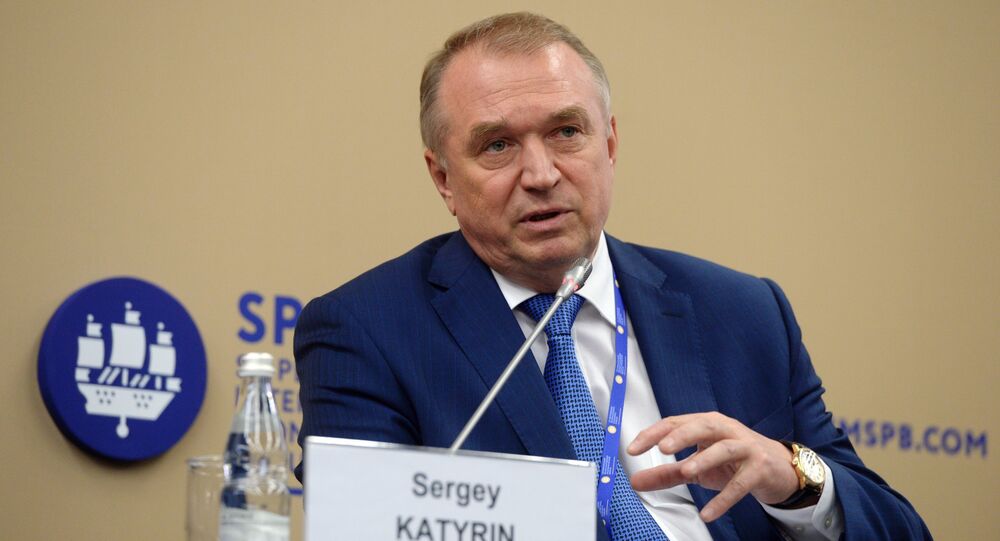 Head of the Russian Chamber of Commerce says that the share of machinery and equipment in the country's foreign trade has increased.

XIAMEN (China) (Sputnik) – The structure of Russia’s foreign trade has begun changing, President of the Russian Chamber of Commerce and Industry (CCI) Sergey Katyrin told Sputnik noting the increasing share of machinery and equipment in it.

© REUTERS / Stringer
BRICS New Development Bank Should Focus on Multinational Projects - Russian Commerce Chamber Chief
Katyrin noted the potential for export growth in the Russian agricultural sphere. As for the exports of machinery and technical equipment, the official emphasized the competitiveness of Russian  products on the markets of Latin America, Africa, the Commonwealth of Independent States (CIS) and Asia Pacific.

The CCI chief also called the structure of Russia's exports to the Association of Southeast Asian Nations (ASEAN) "ideal" as it did not include oil and gas and was only based on machinery and chemical products.

The official made his statements on the sidelines of the BRICS summit in China's city of Xiamen. This year, the forum is being held from September 3-5 in the so-called BRICS Plus format including the leaders of such non-BRICS countries as Egypt, Mexico, Thailand, Guinea and Tajikistan.