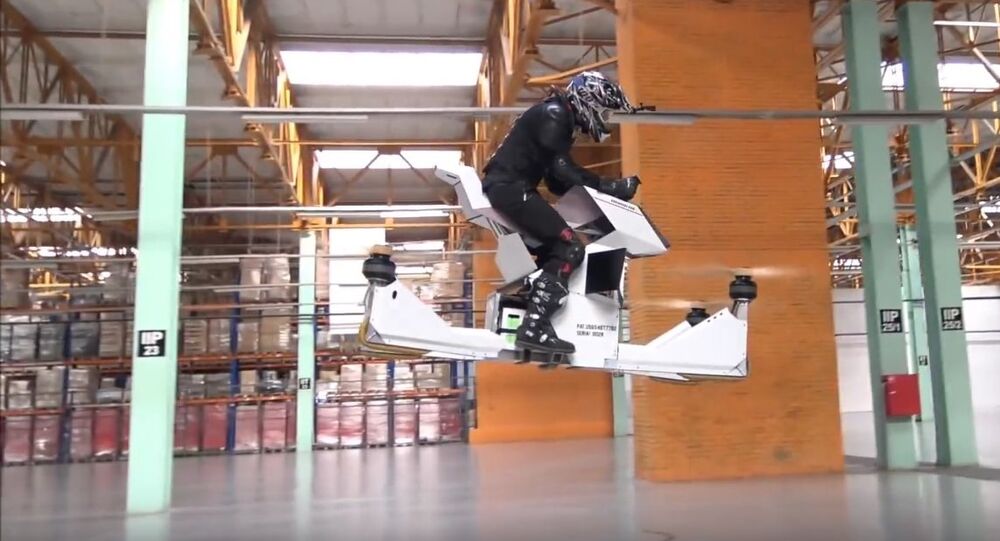 Russia's Vnesheconombank to Invest Millions of Dollars in Hoverbikes

"Actually, it is surely not a motorcycle. It is rather a prototype of a platform, which has a multifaceted future. We believe it has prospects. We are planning to invest in this multifunctional platform. We think we will need several millions of dollars," Gorkov said at the presentation of the Scorpion-3 hoverbike.

Youtube / colinfurze
Hoverbike Prototype in Action!
VEB's chairman specified that such a bike could be used for transportation of people and cargo. In particular, it could be very useful in the north of Russia.

Hover Surf's head Alexander Atamanov said the Russian Defense Ministry, Sberbank, oil company Rosneft had already expressed interest in the project. In addition, there have been requests coming from Asian countries, the United States, Australia and South America; and by the end of 2017, the company is expecting to sell the first models of hoverbikes.

Srei, Vnesheconombank to Set Up $200 Million IT and Innovation Fund

Russia's Vnesheconombank Not Engaged in Talks on MC-21 Aircraft Deliveries