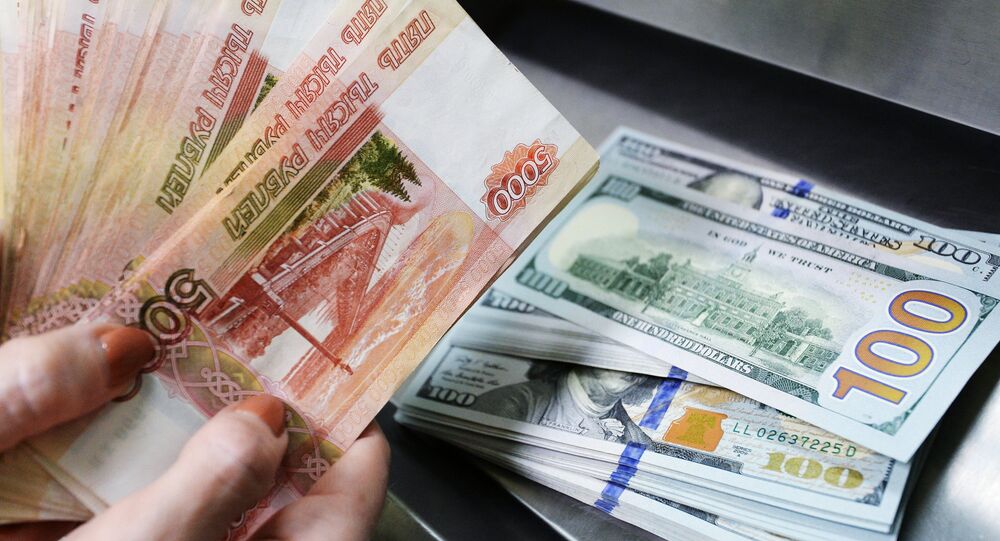 Russian Minister of Economic Development Maxim Oreshkin said Wednesday that Russia's national currency, the ruble, should be supported because a "big trend toward the de-dollarization" of the country's economy is growing at a steady pace.

PIONERSKY (Kaliningrad Region) (Sputnik) — A major "de-dollarization" trend is seen within the Russian economy, Oreshkin said, underscoring the need to support an increased role of the ruble.

"There is a big trend toward the de-dollarization of the Russian economy. The Central Bank made some very important steps so that fewer foreign currency loans were issued," Oreshkin said.

He added, speaking at a session on the development of transport infrastructure in Northwest Russia, that the increased role of the ruble "is such a trend that should be fully supported."

"And we should move away from, among others, foreign currency loans. Because we see what foreign exchange risks can lead to," the minister stressed.

The talks about the reduction of Russia's dependence on US payment systems have intensified after US President Trump signed a new round of sanctions on Moscow.

© Sputnik / Vladimir Trefilov
Off the Hook: Weaning Russia Off the Dollar Key to National Security
Valery Vasiliev, the deputy chairman of the Russian Federation Council's Committee on Economic Policy, said that the use of the US dollar in transactions should be reduced gradually so that the Russian economy would not be harmed while recovering from the outcomes of the crisis.

Russian Deputy Foreign Minister Sergey Ryabkov said prior to that that the cutting dependence on US payment systems has "become a necessity," adding that Moscow plans to intensify the work on the issue.