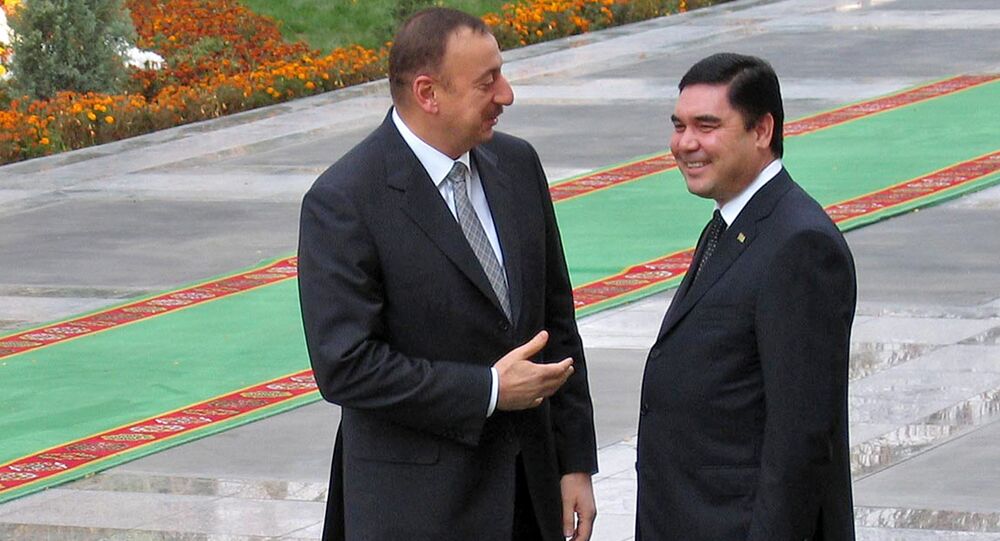 Azerbaijan and Turkmenistan signed a declaration on strategic partnership, which envisages cooperation in the area of energy deliveries to Europe, a Sputnik correspondent reported Wednesday.

ASHKHABAD (Sputnik) — The declaration was signed by Azerbaijani President Ilham Aliyev and Turkmen President Gurbanguly Berdimuhamedow on Tuesday, while the text of the document was published in Turkmen newspapers earlier in the day.

"The parties note the importance of enhancing cooperation in the field of energy supplies aimed at the diversification of routes from the Caspian region to world and European markets," the declaration read.

The two states have long been working on organizing natural gas deliveries from the Caspian Sea region, including from Turkmenistan, to Europe. Turkey and the European Union supported the initiative.

© Sputnik / Maksim Blinov
Gazprom, SOCAR Energy Companies CEOs Discuss Gas Supplies to Azerbaijan
Azerbaijan and Turkmenistan stand in favor of the construction of the Trans-Caspian subsea pipeline with the consent of the states whose territories the new pipeline will cross. Russia and Iran oppose the project, insisting on the realization of the plan only when there is consent of all five countries of the Caspian Sea region (Russia, Azerbaijan, Iran, Kazakhstan and Turkmenistan).

Another discussion on the issue is expected to take place during a trilateral meeting between Turkish President Recep Tayyip Erdogan, Aliyev and Berdimuhamedow in late 2017.