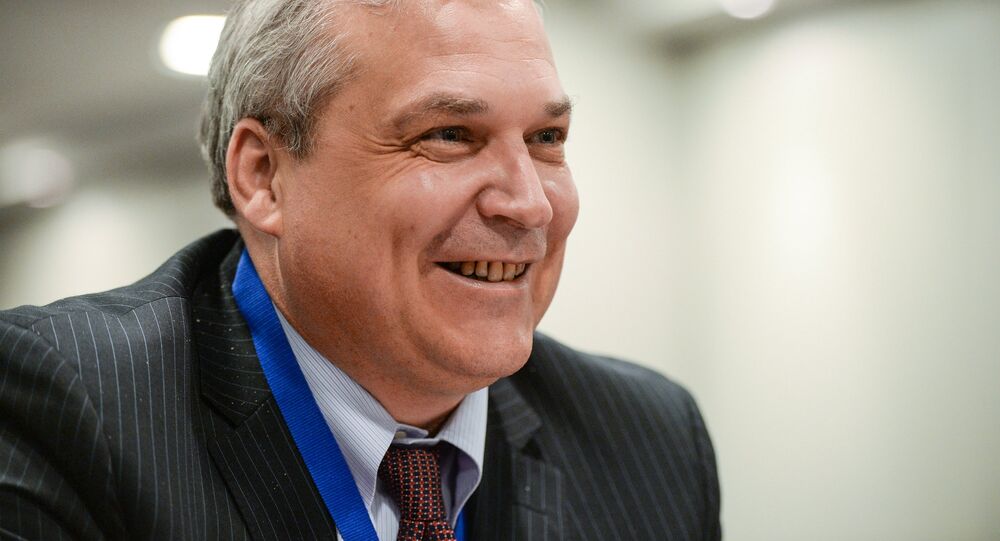 The US economy has lost approximately $2.25 billion since Russia imposed an embargo on the import of Western products three years ago and the deficit may reach up to $2.2 billion annually, Russia's Trade Envoy Alexander Stadnik told Sputnik on Monday.

© Sputnik / Kirill Puklyakov
Russia Prolonged Food Embargo Until 2019 to Reduce Uncertainty for Producers
WASHINGTON (Sputnik) — The US economy has lost approximately $2.25 billion since Russia imposed an embargo on the import of Western products three years ago and the deficit may reach up to $2.2 billion annually, Russia's Trade Envoy Alexander Stadnik told Sputnik on Monday.

"US experts estimate direct losses for American economy from Russia's countermeasures are nearly $2.25 billion [in three years], while the lost opportunity for export growth for banned products can lead to deficit between $ 1.8 and $2.2 billion a year," Stadnik said.

On August 6, 2014, Russian President Vladimir Putin signed an order imposing an embargo on food and agricultural supplies from the United States, Australia and European Union countries in response to Western sanctions against Russia. The list of banned foods includes poultry, fish, beef, fruit, vegetables and milk.

Stadnik said the embargo was a forced yet a necessary response the Western sanctions against Russian businesses, adding that the anti-Russia measures ultimately harmed US companies as well.

However, Stadnik also said the situation in which the Russian government has to take reciprocal measures in response to Western sanctions should not be considered normal. He expressed hope the United States and Russia could revive mutually beneficial cooperation where there would be no need for restrictive measures.

In 2014, relations between Russia and the West deteriorated over Moscow's alleged involvement in the Ukraine crisis and Crimea's reunification with Russia. The United States, European Union and some of their allies imposed several rounds of sanctions on Russia's energy, banking, defense and other sectors as well as on officials.

On August 2, US President Donald Trump signed into law a bill that was overwhelmingly passed in Congress to tighten the sanctions against Russia, North Korea and Iran. The law prevents the US president from removing the sanctions on Russia without congressional approval. Trump characterized the legislation as being significantly flawed.