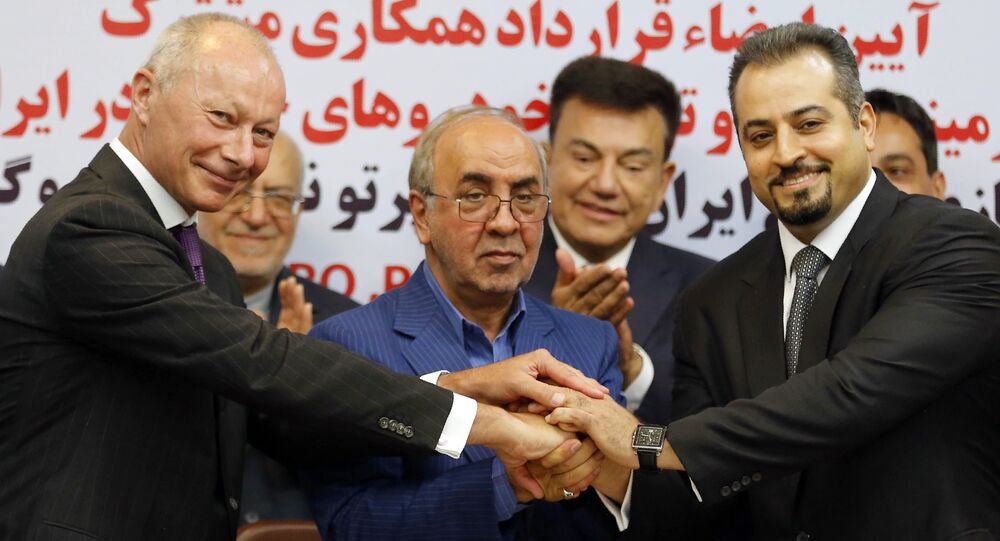 French automaker Renault, the Industrial Development and Renovation Organization of Iran (IDRO) and Iran's Partov Negin Naseh holding signed a 660-million-euro ($778.5 million) deal, under which the French auto-giant would launch a wide-ranging production and service network in the Islamic Republic, local media reported on Monday.

© REUTERS / Kacper Pempel/Files
Renault Suspends Production at Several Plants in France After Cyberattack
MOSCOW (Sputnik) – According to Tasnim news agency, the first phase of the contract envisages production of Renault Duster and Symbol models in 2018, employing some 3,000 people. The second stage will start in 2019.

It general, some 300,000 Renault cars are expected to go off the production line in Iran annually when the project reaches its full capacity in 2024.

The parties also agreed that IDRO and Partov Negin Naseh would each retain 20 percent of shares, while Renault would be the majority shareholder with 60 percent of joint venture shares.

Commenting on the issue, the Iranian Industry, Mine and Trade Ministry said that the Renault deal became the largest foreign investment in Iran's car industry in the country's history.

Renault is a major player at the Iranian car market, with Negin Khodro, the official dealer of the French car-maker in the country, having a wide branch network across the Islamic Republic. Over two years ago, Renault signed a contract with Iran's Pars Khodro manufacturer to produce a restyled version of the Dacia model line.

In the first half of this year, Renault sales in Iran skyrocketed by 100 percent, making the Islamic Republic the eighth largest Renault's market globally, with 68,365 cars sold in six months.