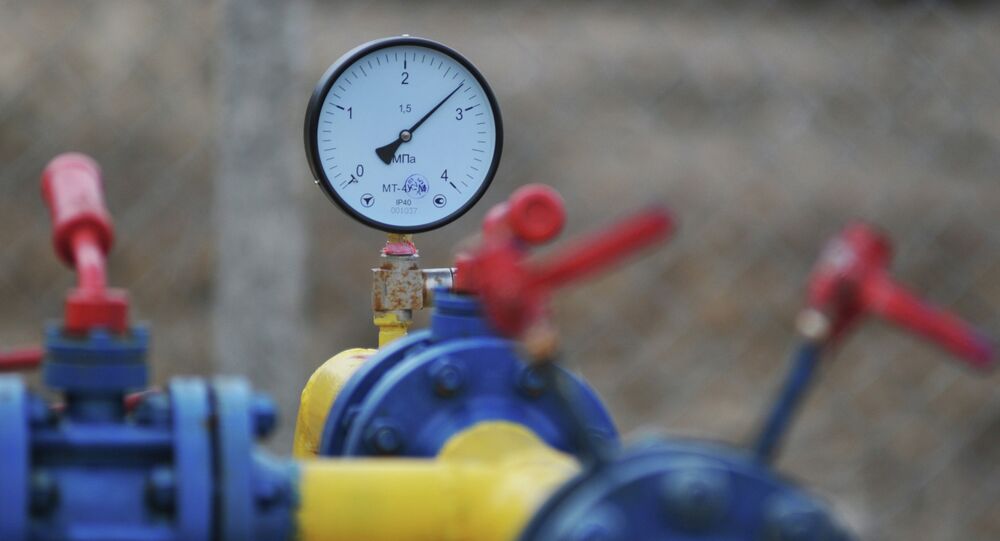 The Russian Security Council’s inter-agency commission for security in the economic and social spheres has encouraged the country’s government to boost liberalization of gas export, meaning that the export monopoly of Russia’s state-owned energy giant Gazprom might be terminated, local media reported.

MOSCOW (Sputnik) — The commission recommended the government to “determine the priority directions of the state policy for development of the LNG industry, coordinate a strategy for [gas deliveries] to target markets, conditions for liberalization of gas export with the consideration of existing risks for economic security [of Russia] as as the structure of energy demand [in the world] is changing,” the meeting’s protocol read, as quoted by Russian newspaper Vedomosti on Sunday.

© Sputnik / Grigoriy Sisoev
Russia Remains EU's Top Gas Supplier, Covers 41% of Gas Supplies in Q1 of 2017
A number of government officials from different ministries and state bodies, as well as representatives from Russian energy giants Rosneft and Novatek, attended the session, which took place on July 6, the newspaper said. Gazprom was reportedly not present.

Gazprom is the only company that currently has the right to export pipeline gas from Russia. Other states and private companies are only authorized to export liquefied natural gas (LNG).

Over recent years, Gazprom has become a target of Western sanctions, including from the United States and the European Union, over Russia’s alleged role in the Ukrainian crisis. In July, German Foreign Minister Sigmar Gabriel and Austrian Chancellor Christian Kern accused the United States of attempting to squeeze out deliveries of Russian natural gas from the European market and promote US liquefied gas deliveries.