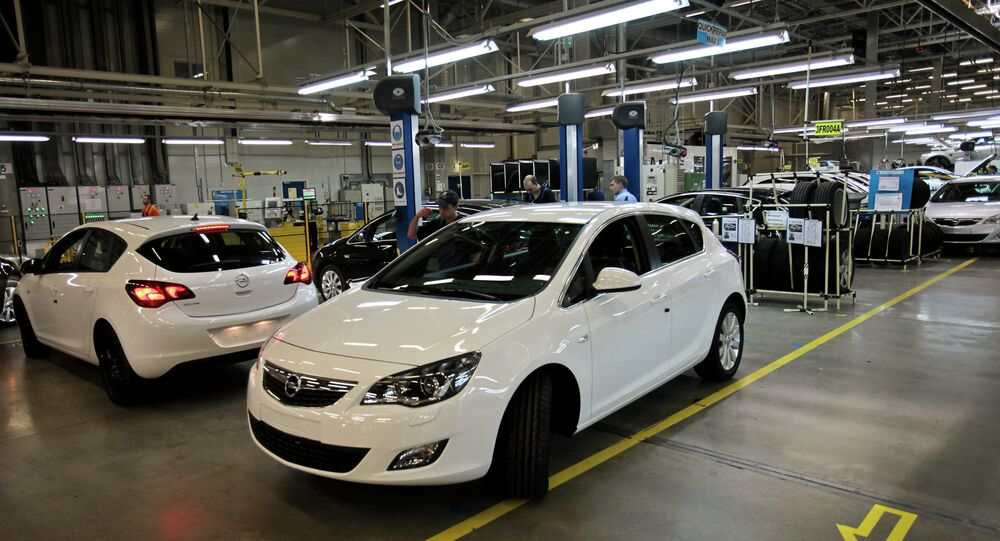 Opel Automobile GmbH will take part in working groups on the implementation of the agreement reached by German carmakers and politicians to update software in more than 5 million diesel vehicles to reduce emissions, and intends to share experience with other deal participants, the company's spokesperson said in a statement obtained by Sputnik.

MOSCOW (Sputnik) — The agreement was reached on Wednesday in Berlin at a so-called diesel summit and approved by Daimler, BMW, Volkswagen and Opel.

"Opel welcomes the meeting and will make its contribution to improving the emissions behavior of its vehicles under real driving conditions. We will furthermore be involved in the working groups subsequent to the summit and share our experience in the improvement of exhaust emissions control systems. We are among the first carmakers that initiated voluntary measures which have already been started months ago," the spokesperson said.

© Flickr / mrkumm
General Motors Removes Opel Brand From Russian Market
According to the statement of the German Automotive Authority (VDA), the owners will not incur the cost of the update and the engine performance or fuel consumption will not be affected.

The German carmakers have faced a number of allegations on attempting to circumvent emission regulations. In July, the Spiegel magazine reported that Volkswagen, Audi, Porsche, BMW, and Daimler, as well as other leading German automakers, coordinated their actions on designing diesel emissions treatment systems in diesel vehicles. Volkswagen has been embroiled in a controversy over cheating emission software for several years.