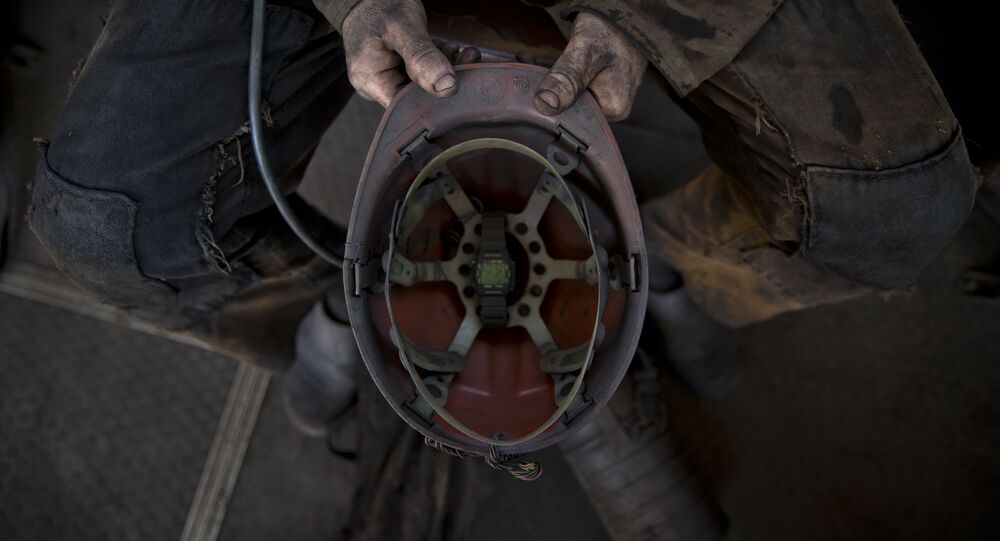 Getting Coal for Christmas: Ukraine Turns to US for Winter Warmth

In July Ukraine announced the end of its energy emergency. Will the deal to buy coal from the US benefit the Ukrainian energy sector or make the matter worse?

Pennsylvania-based Xcoal Energy & Resources LLC has struck a deal with Ukrainian Centrenergo PJSC, one of the largest power generation companies in Ukraine. The private American company is to supply 700,000 tons of steam coal for the coming winter season.

"We have a historic event today," said the head of Centrenergo Oleg Kozenko. "The contract was signed pursuant to the agreement achieved during the visit of our President to the US in June."

© Photo : Pixabay
US Offer of 'Millions of Tons of Coal for Ukraine' Has One Important Catch
Recently Ukraine has been experiencing a severe deficit in anthracite, the most in-demand and high-quality type of coal in Ukraine. It badly damaged Ukraine's plants, which has had dire consequences for households.

The incident is rooted in the conflict-fraught relationship between Kiev and the self-proclaimed republics that desired to become independent when a new government came to power as the result of the Euromaidan protests. Since then Ukraine has been replacing anthracite with a cheaper type of coal, simultaneously increasing the import of both coal and natural gas.

"In recent years, Kiev and much of Eastern Europe have been reliant on and beholden to Russia to keep the heat on. That changes now," explained US Energy Secretary Rick Perry in a statement announcing the deal that was organized by the US government. "We were first contacted by the (US) Department of Commerce regarding a delegation from Ukraine to meet with coal suppliers," Xcoal spokesman O'Brien explained.

The diversification of the anthracite import would be 100% beneficial for Ukraine, if it wasn't for the price it will have to pay. $113 per ton is much more than, for example, the price offered by Georgia — $99. The deal with the Georgian company  Sakhnakhshiri was scuppered by Ukraine in May, reports Gazeta.ru.

In June Trump announced the possibility of a Ukrainian-American deal.

"Ukraine already tells us they need millions and millions of metric tons [of coal] right now and there are many other places that need it too," he said in his speech in the US Department of Energy. "And we want to sell it to them and everyone else all over the globe who needs it."

© Sputnik / Alexander Kryazhev
Russia Expects to Deliver 10Mln Tonnes of Coal to Ukraine in 2017
Trump has repeatedly proclaimed his determination to sell American coal to more countries and in larger volumes. Both during his campaign and after having taken office he has been promoting the idea of American "energy dominance." Besides, he promised to preserve jobs in the American coal-mining industry, which has been experiencing hardship due to competition from natural gas.

Of course, the logistics will be costly: shipping coal from neighboring Russia or the self-proclaimed republics of Donbass is much cheaper than transporting it from another continent — but cost saving opportunities are neglected by Ukraine in this situation.

"Money is secondary here — politics prevails over economics," the director of the Energy Development Fund Sergey Pikin told Sputnik. "Thus, it's not about economics at all. Where will they get the money? That's a good question. […] It's highly likely that the money will be received from the World Bank or any other international financial institution — they are good at throwing money at programs in which American producers are the ultimate beneficiaries".

"Look at the situation with gas supplies: even Ukrainian experts and politicians notice that the reverse flows that come to Ukraine are more expensive than Gazprom's offer was. But they opt for it anyway, clearly understanding their losses," Pikin added.

In other words, Ukraine struck a deal with the US that would ensure the maintenance of the political status quo, enabling the country to keep the coal supplies from Donbass stalled and to cut supplies from Russia. However, it's not the government but energy companies and citizens that will carry the heavy financial burden. The price of residential heating is 80% dependent on the purchase price. That now becomes higher.