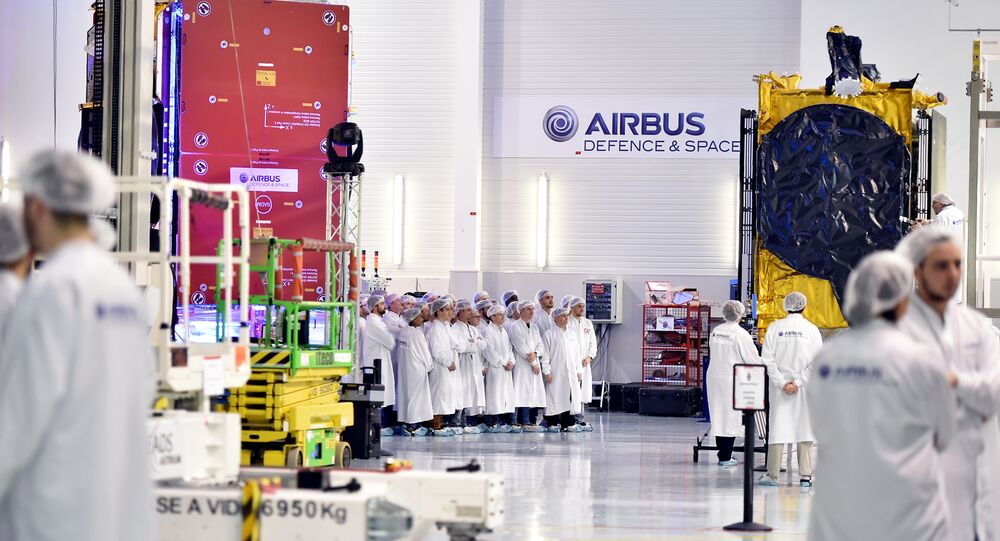 According to reports, Airbus Defence and Space aerospace company is expanding its cooperation with Russia.

"As you know, Synertech is a joint enterprise of Airbus DS and Russian Space Systems. We have presently reached a new, greater and a very important level of our cooperation," Domenget said.

According to the head of Space Equipment, the work on ensuring that clean rooms for manufacturing of satellite components in Russia were certified according to European standards was finished last week.

"Synertech began series production of solid-state power amplifiers for Russian clients as well as other space equipment. Thus, we began producing high-tech equipment in Russia that is of the same quality as manufactured by Airbus DS in Europe," Domenget noted.

According to the Airbus senior manager, all items made in 2017 will be installed on Russian satellites.

"In this case, we are following the trend established by out Russian partners. The decision was confirmed by the leadership of the state corporation Roscosmos with the participation of Russian Space Systems," Domenget explained.

The Airbus head of Space Equipment added that the company had an agreement with its Russian partners on expanding the range of production manufactured in Russia.

Airbus Defence and Space, a division of Airbus SE, headquartered in France, is one of the largest space companies in the world.