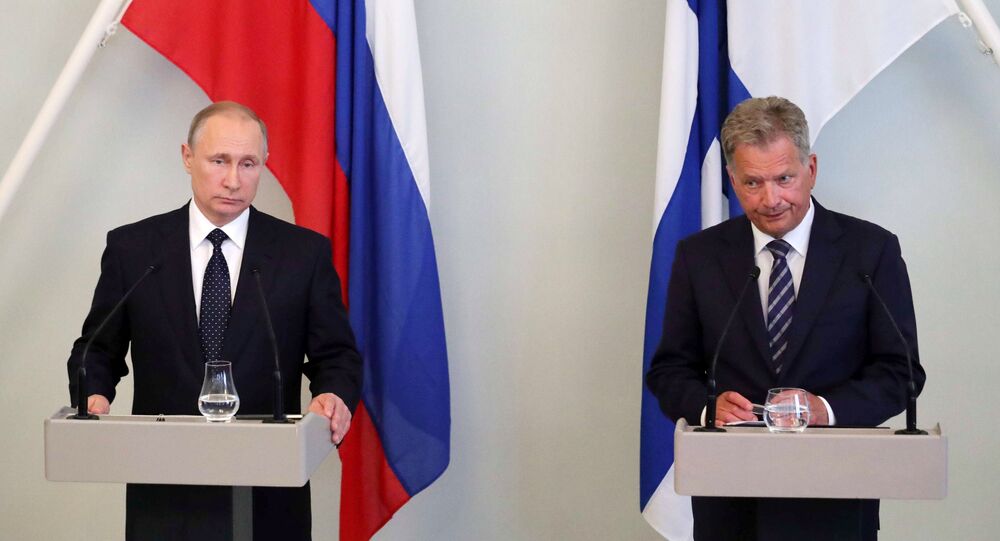 The possible new US sanctions against Russia will also have consequences for the European Union, Finnish President Sauli Niinisto said Thursday.

© Sputnik / Grigory Sisoev
By 'Trying to Kill Nord Stream 2', US Risks Having 'Serious Tensions' With EU
SAVONLINNA (Sputnik) – The US House of Representatives approved by a 419-3 vote on Tuesday a new version of a bill that would impose sweeping sanctions on Russia, Iran and North Korea, and limit President Donald Trump’s ability to lift the restrictions on Moscow. The measures target Russia's defense, intelligence, mining, shipping and railway industries, and restrict dealings with Russian banks and energy companies.

"This is not an easy or a painless issue for the European Union, therefore it is necessary to begin US-EU talks. These sanctions would have direct consequences for other countries, not even for Russia," Niinisto told a press conference following talks with Russian President Vladimir Putin.

© Sputnik / Sergey Guneev
Nord Stream 2 Company Plans to Apply for Construction Permit in Finland
The Finnish president noted that the European Union was discussing the issue of sanctions, and added that he shared "Putin's vision for better mutual understanding across the world."