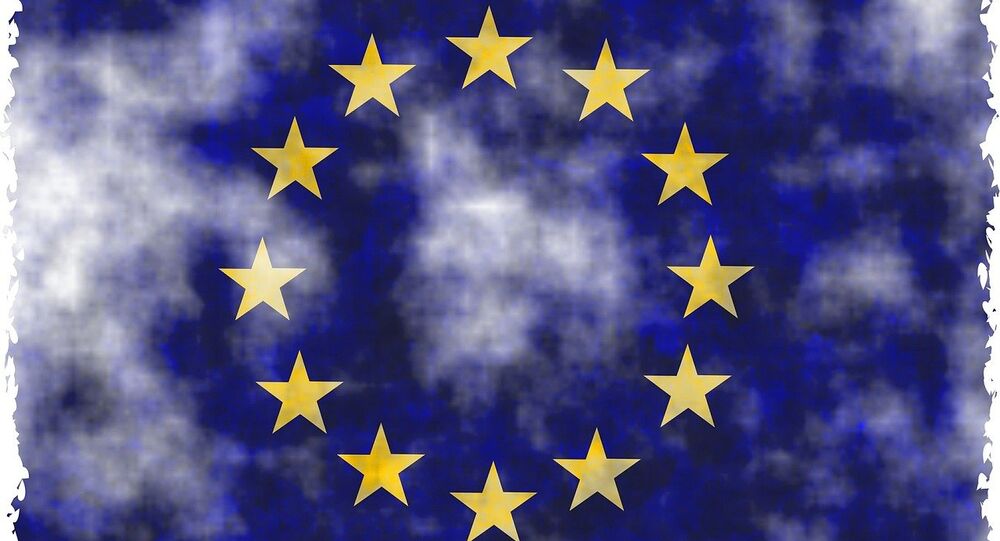 The Association of European Businesses (AEB) in Russia is worried by the potential US sanctions against Russia, the association said in a statement Thursday.

MOSCOW, (Sputnik) — The US House of Representatives approved by a 419-3 vote on Tuesday a new version of a bill that would impose sweeping sanctions on Russia, Iran and North Korea, and limit President Donald Trump’s ability to lift the restrictions on Moscow. The measures target Russia's defense, intelligence, mining, shipping and railway industries, and restrict dealings with Russian banks and energy companies.

"We do not support the introduction of additional economic sanctions by the US and we appeal to the US, EU and Russian authorities to find a political solution which will prevent a further deterioration of mutual relations," the AEB statement read.

© CC BY 2.0 / Kmccoy / United States Capitol
Anti-Russia Sanctions Bill: EU 'Reaping Fruits of Following Washington's Lead'
The association expressed concerns that "the US sanctions touch especially the interests of European companies and European countries in energy and other sectors related to Russia."

The Association of European Businesses represents interests of the European companies conducting business in Russia. The organizations is engaged in promotion of business activities and economic integration between Russia and the European Union, as well as in improvement of business and trade environment.