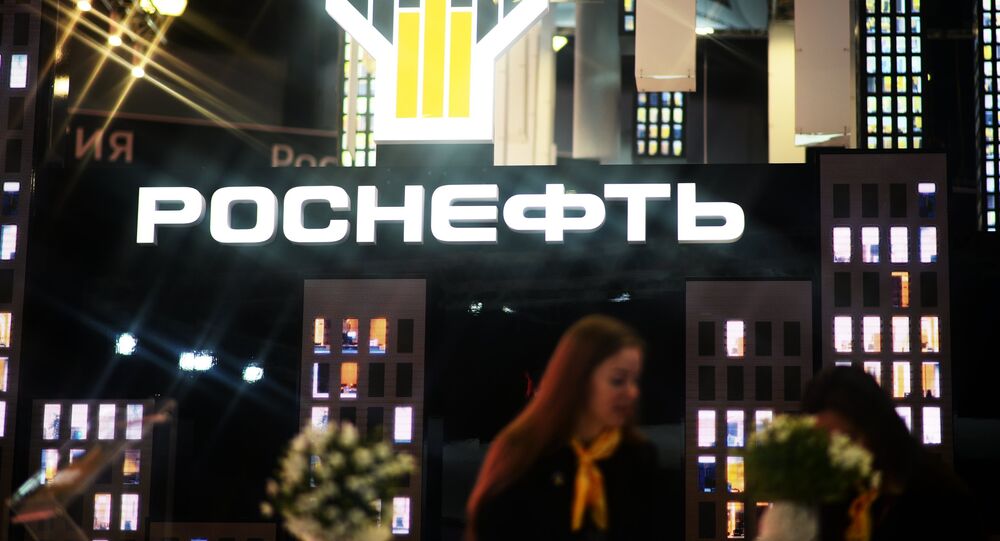 Russia's Rosneft have not not received any notifications from German concern Siemens about the suspension of cooperation on previously concluded contracts, a company official said told reporters on Friday.

© REUTERS / Michaela Rehle/File Photo
Kremlin Reacts to Siemens Supplies' Halts to Russian State Firms Over Crimea Turbines Issue
MOSCOW (Sputnik) — Siemens said earlier on Friday that all four of its turbines intended for the project in Taman were allegedly illegally delivered to Crimea, offering to cancel the contract and buy back the turbines.

In addition, Siemens intends to break licensing agreements with Russian state companies for the supply of equipment for power plants and suspend deliveries under existing contracts with all Russian companies controlled by the state.

"Rosneft did not receive notifications from Siemens about the suspension of cooperation on previously signed agreements," the official said.

© REUTERS / Lukas Barth
Tough Call: Siemens Caught Between the EU and the 'Lucrative' Russian Market
On July 7, Siemens created a task force team to investigate reports about the transfers of turbines produced by Siemens Gas Turbines Technologies, a joint venture with the Russian Power Machines company, to the Crimean peninsula despite the sanctions of the European Union.

On July 10, the company announced it had reasons to believe that at least two out of four gas turbines, supplied for a project in southern Russia's Taman, were moved to Crimea against the company's will. Siemens also filed a lawsuit in Moscow's arbitration court in connection with the alleged deliveries of its gas turbines to Crimea.

Russian officials have repeatedly stressed that the turbines were Russian-made and not those made by Siemens.