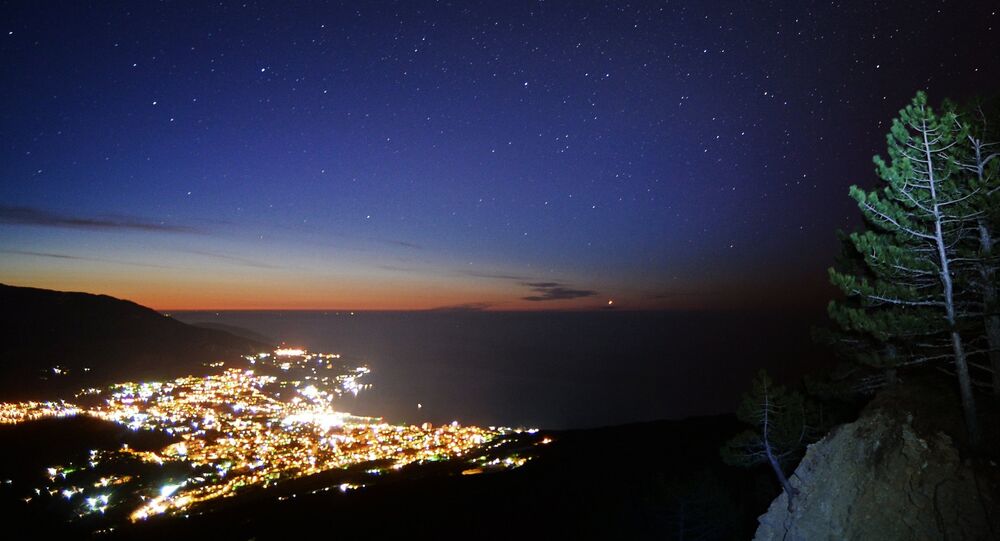 New power plants in Crimea will be equipped with turbines manufactured in Russia and not with ones imported from the West, Russian Industry and Trade Minister Denis Manturov said on Tuesday.

YEKATERINBURG (Sputnik) — Earlier on Tuesday, Siemens filed lawsuits in Moscow's Arbitration Court against Russia’s Technopromexport (TPE) and a Siemens subsidiary, implicated in the alleged supply of its turbines to Russia's Crimea, in spite of EU sanctions.

© REUTERS / Hannibal/Files
Siemens Has No Proof But Has Reasons to Believe Turbines in Crimea Belong to Company
Kremlin spokesman Dmitry Peskov said that the turbines installed at power plants in Crimea were made in Russia from Russian components, but Siemens proceeded to create a task force team to investigate reports about the transfers of turbines to Crimea.

Russia is constructing two thermal power plants in Crimea, with the launch planned for early 2018. In June, media reported that Russia allegedly delivered electricity turbines produced by Siemens, and initially meant to be delivered to Taman in southern Russia, to Crimea despite EU sanctions that forbid EU companies to supply the region with energy technology.

Earlier in the day, Siemens spokesman Philipp Encz told Sputnik that the company does not have proof that the turbines in Crimea belong to the company, but has reasons to believe so.

© REUTERS / Lukas Barth
Siemens Says Has Info on Turbines Allegedly Sent to Crimea Despite Prohibition
Siemens said earlier it had received information from reliable sources that at least two of the four gas turbines, supplied for a project in southern Russia's Taman, had been moved to Crimea. The company said this development was a clear violation of supply contracts with Siemens, which ban the client from supplying equipment to Crimea.

On Wednesday, Reuters reported that Russia delivered turbines produced by Siemens to Crimea despite EU sanctions that forbid EU companies to supply the region with energy technology. Siemens spokesman Michael Friedrich told Sputnik that the company did not supply Crimea with electricity turbines in circumvention of EU sanctions. On Saturday, the media reported that ZAO Interautomatika company partially owned by Germany's Siemens had been hired to participate in installation of gas turbines in Crimea.

Kremlin Denies Report Claiming Turbines for Crimea Made by Siemens