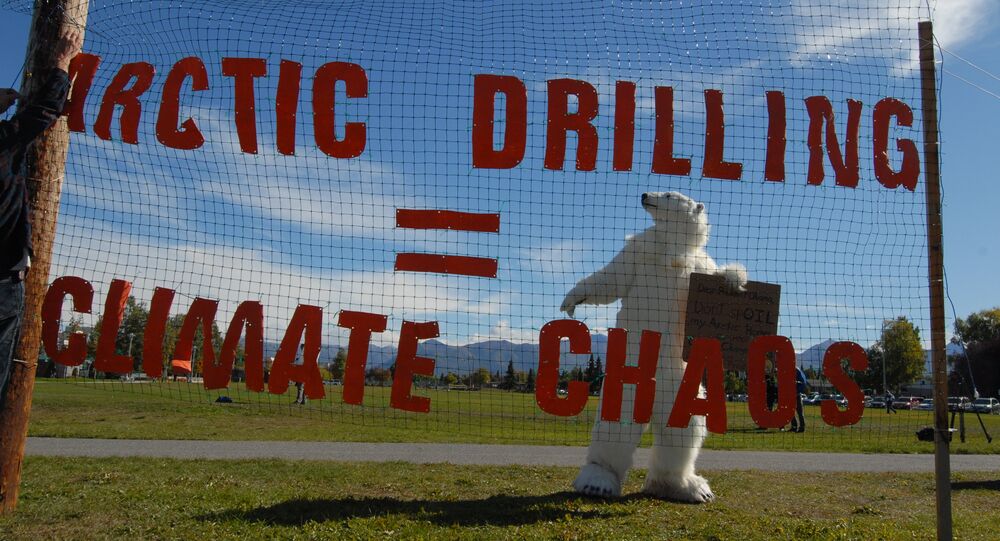 An Alaskan company owned by the region's indigenous people is to press ahead with plans to find oil under the Arctic Ocean. The proposed drilling in Camden Bay comes despite the failure to discover oil in the area by the giant Anglo-Dutch company Shell.

ASRC Exploration, which is wholly owned by the Arctic Slope Regional Corporation, is asking the US federal authorities not to cancel leases which were granted to Shell.

It's official: the 2nd Monday in October is #IndigenousPeoplesDay in #Alaska. Honored to sign HB 78 today in Utqiagvik. pic.twitter.com/OQsIfNsc5D

​The area is about 15 miles from the Arctic National Wildlife Refuge and conservationists remain extremely worried about the potential for pollution.

The Arctic National Wildlife Refuge is our last frontier, an iconic American treasure. We must protect it! https://t.co/FKcb8BFsNn #ANWR pic.twitter.com/VJhZfzri00

​ASRC Exploration acquired the leases from Shell in 2016 and recently persuaded the US Bureau of Safety and Environmental Enforcement to let them combine 20 leases into a single, more manageable unit.

In the 1980s two other companies, Unocal and Arco, discovered separate sites in Camden Bay containing around 50 million barrels of oil each but they never developed them.

Shell also pulled out of the area, put off by the high cost of development and production in such a hostile climate.

ASRC, which is owned by Native Alaskans, posted 2015 revenues of more than US$2.5 billion.

ASRC Exploration is also drilling onshore, at nearby Placer.

"The fact these two discoveries were made at relatively shallow depth in rocks with very good reservoir quality is encouraging," said Dave Houseknecht, project chief for the US Geological Survey's Energy Resources Program for Alaska.

"Shell tried more than once to explore on them. There are no active exploration proposals and little reason to think ASRC or anyone can satisfy the legal obligations to have the expiration dates extended," said Michael LeVine, from Oceana, a pressure group opposed to offshore drilling in the Arctic.

​In April, US President Donald Trump signed an order enabling companies to drill for oil and gas in an area off the Arctic coast which his predecessor, President Obama had put out of bounds.

Craig Fleener, the governor of Alaska's adviser on Arctic policy, told Sputnik recently President Trump's order would be important for the state to increase its revenue stream.

US, Russia Should Cooperate on Arctic Infrastructure - Alaska Governor's Adviser