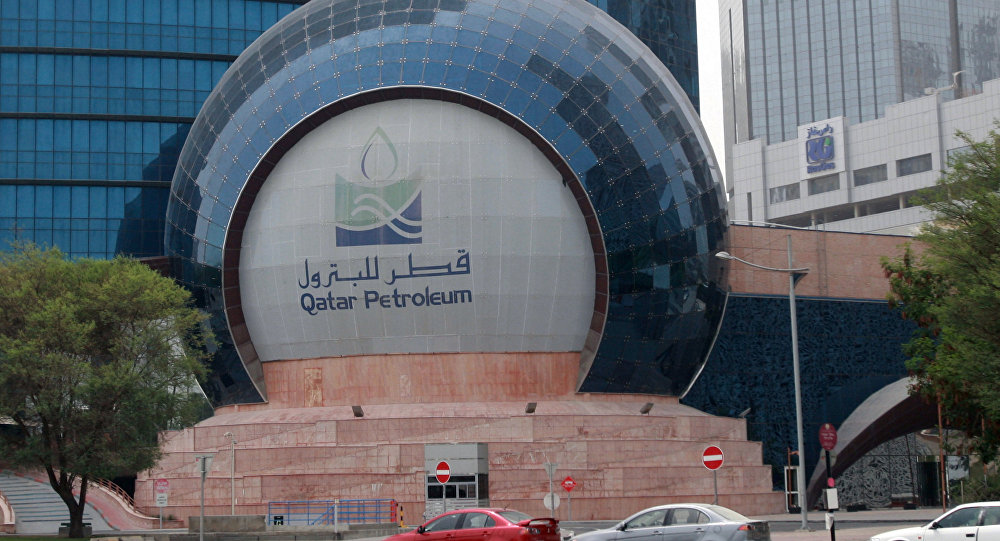 The French oil company Total is in prime position to take the lead role in helping Qatar expand its output from the world's largest gas field, sources familiar with Doha's thinking have revealed. This will put Total ahead of its rivals Exxon and Shell, as they work on developing the expansion.

In July, Iran signed a US$4.8 billion deal with a consortium led by French oil company Total to develop its giant South Pars gas field, the largest natural gas field in the world.

Now Qatar may be looking to work with Total in order to counter growing isolation caused by a regional diplomatic rift, after Saudi Arabia, Bahrain, Egypt and the United Arab Emirates cut ties with the country.

The Gulf states have imposed political and economic sanctions, demanding that Qatar stop its alleged fostering and funding of terrorism. They also demanded that it stop courting Iran, Riyadh's main rival.

Total has been in Qatar since 1936, being one of the shareholders in the Dolphin Energy pipeline which transfers gas from Qatar to UAE and Oman.

Total however also has large projects in Saudi Arabia and the UAE, highlighting the complexity of investing in the Middle East.

However, Total CEO Patrick Pouyanne, who signed the Iran deal, making the company the first oil major to return to the country since the lifting of sanctions, said that he refused to take sides.

Great Meeting with @HassanRouhani for the signature of South Pars contract: à New page of history for #Total and #Iran pic.twitter.com/4gjpO4TPjJ

"I am Qatari in Qatar, Emirati in the Emirates, Iranian in Iran, that's our philosophy," Pouyanne told reporters at a business conference in the southern France. "I don't have to choose between the countries."

Total's CEO, who will be traveling to Qatar later in July, also expressed satisfaction at the fact that his company wasn't being used for political leverage. He also said the pipeline between Qatar and the UAE was operational.

"There is a clear disconnect today between the political tension and the economics. They didn't use the business to try to escalate the tension," Pouyanne said.

"I would expect Total to be in the strongest position for the new [Qatari] project, because of the political issues at play and their recent deals in [Iran's] South Pars," one senior Gulf energy source said.

We are proud and honored to be the first international company to sign an Iranian Petroleum Contract (IPC) 🇫🇷🇮🇷 #SouthPars pic.twitter.com/sMSdEbGiuq

​The deal is not without its risks however, as on one level, working with both countries who share a prized gas asset seems obvious, but Total must still be aware of the potential pitfalls.

Qatar, already the world's largest liquefied gas exporter, lifted a self-imposed ban on development of the North Field in April and earlier in July, it said it would raise gas output capacity by around 30 percent to 100 billion cubic meters.