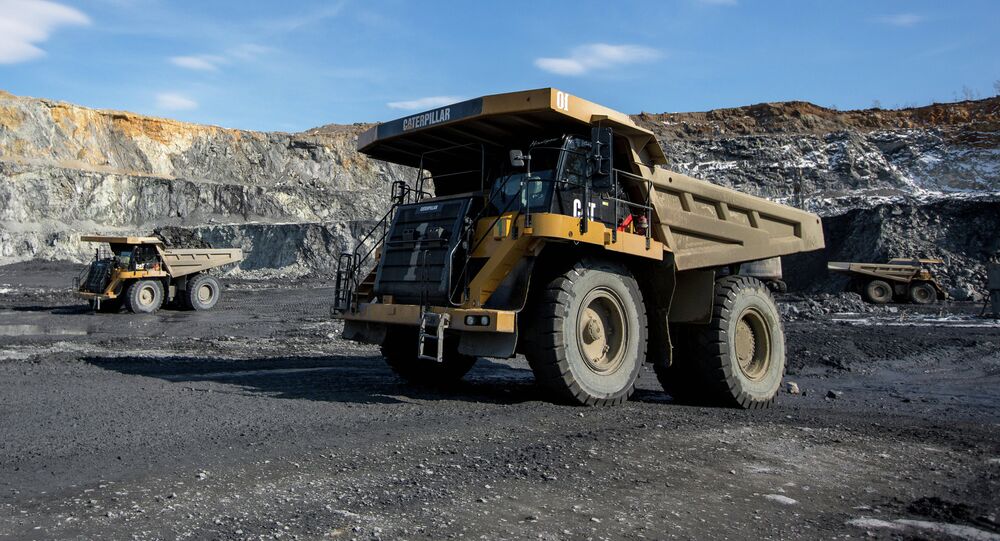 China Moves to Mine Gold in Russia's Far East

Keen to further advance its One Belt – One Road strategy, China is now making moves to help Russia tap gold deposits in the Russian Far East.

© AFP 2021 / LIU Jin
China Hopes Trade With Russia to Top $80Bln in 2017
During the final day of the MINEX Far East 2017 forum, the government of Russia’s Magadan Region signed an agreement of intent on cooperation with the China Gold Association.

According to a release cited by RIA Novosti, "the protocol implies bilateral intentions to develop cooperation and facilitate investments in mineral exploration and extraction between Magadan Region and China."

"Earlier constructive negotiations were held with the Chinese delegation, and a number of mineral extraction projects, including gold mining, were reviewed. The regional administration head specifically pointed out that this agreement of intent on cooperation will become the basis of fruitful work," the release says.

The Chinese side apparently intends to help develop mineral deposits and improve cooperation between prospecting and mining companies in the region as part of the One Belt – One Road strategy that was launched by Beijing in 2013 and is aimed at developing infrastructure and strengthening ties between the Eurasian countries, focusing on the land-based Silk Road Economic Belt and the 21st-century Maritime Silk Road.

Earlier this week Russian President Vladimir Putin said that Russia will fully support China's "One Belt, One Road" project, because it will benefit economy, industry and trade of the both countries.