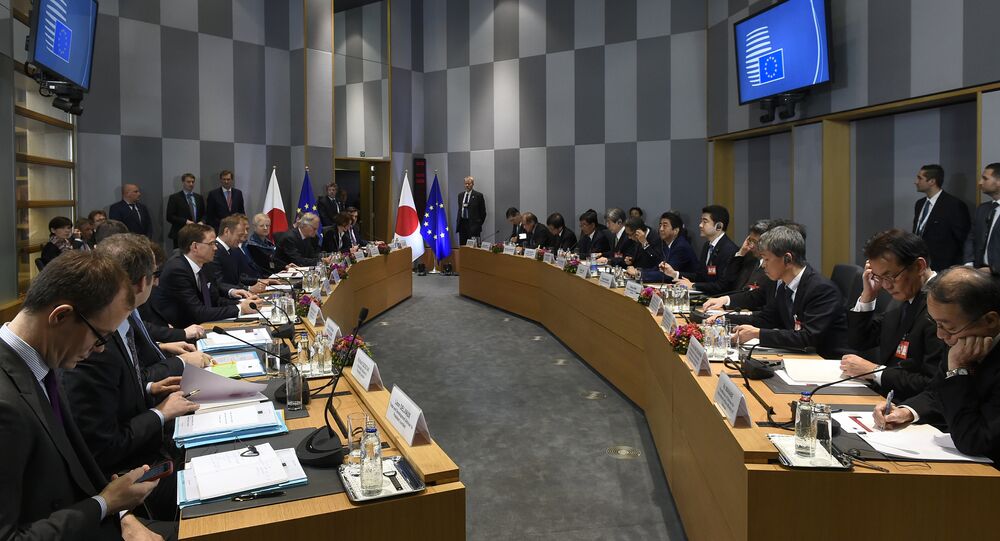 The European Union-Japan summit will take place in Brussels on Thursday, with the leaders expected to announce a political agreement on free trade and strategic partnership deals.

The leaders will also discuss a number of other issues, including those related to security and international relations, as well as global challenges and regional issues.

Brussels and Tokyo have been partners for years and have developed ties in a number of areas, including trade and science.

According to the European Commission, the Free Trade Agreement has been on the agenda of talks between Japan and the European Union since March 2013, while the Strategic Partnership Agreement had been negotiated in parallel with it.