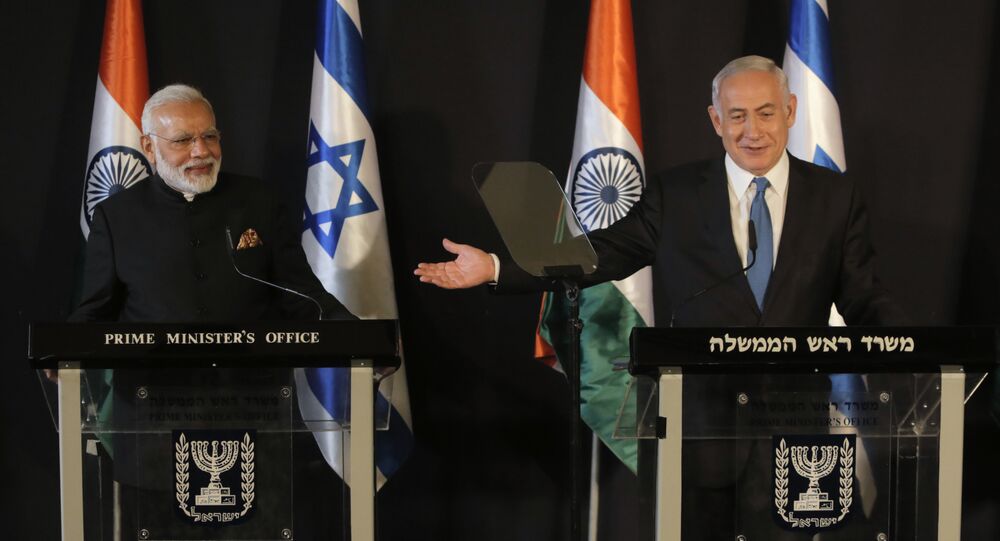 India and Israel have signed seven agreements including the setting up of an India-Israel Industrial Research and Development and Technological Innovation Fund worth $40 million.

The seven agreements include the setting up of the India-Israel Industrial R&D and Technological Innovation Fund, water conservation, save water utility reform in India, India-Israel Development Cooperation, plan to cooperate in atomic clocks, cooperation in electric propulsion for small satellites and cooperation in Geo-Leo Optical Link.

"Prime Minister Netanyahu and I agreed to do much more together to protect our strategic interests. We will also cooperate to combat growing radicalisation and terrorism. Our cyber security authorities will exchange expertise and knowledge to tackle this menace in cyberspace," Prime Minister Modi said after the talks with his Israeli counterpart.

"We also discussed the situation in West Asia and the wider region and it is India's hope that peace, dialogue and restrain will prevail," Modi further said.

On Thursday, Modi will visit Haifa to pay homage to brave Indian soldiers who sacrificed their lives during World War I.

Modi is the first Indian Prime Minister to visit Israel as India and Israel are celebrating 25 years of diplomatic relations.