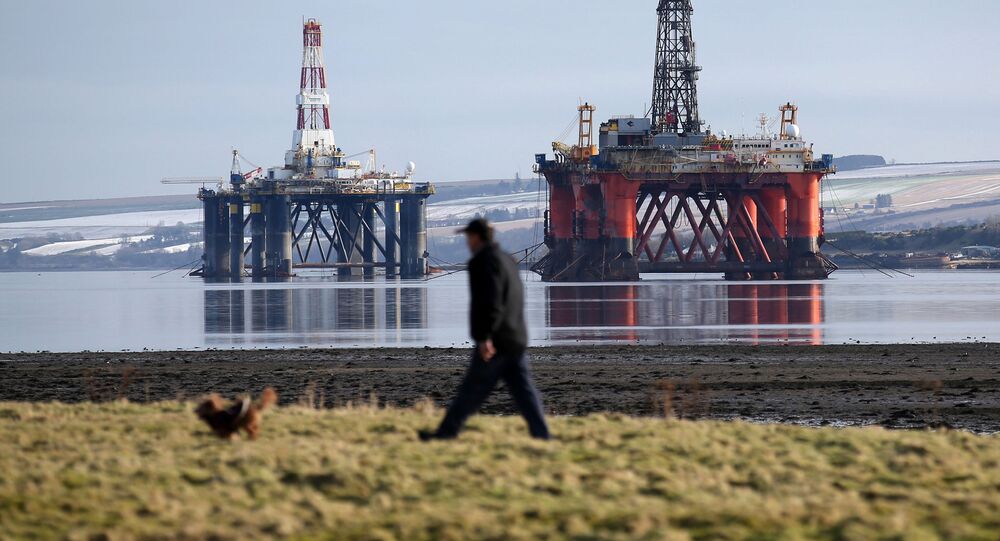 The cost of dismantling oil and gas rigs in the North Sea could run as high as £59 billion (US$76 billion). The Oil and Gas Authority (OGA) said even if it could cut to the bone, it would still cost the British taxpayer £39 billion (US$50 billion).

The OGA, a UK government regulator, said half of the cost of dismantling the rigs would be borne by the oil companies themselves but the other 50 percent would come from the public purse as a result of tax relief for the energy corporations.

OGA has set industry a target to carry out UKCS decom for less than £39bn: a 35% cost reduction. Read our report https://t.co/xEd9yrxikt

It said that the worst-case scenario would mean a bill to the taxpayer of £82.7 billion (US$107 billion).

"This report provides us with a starting-point cost estimate of £59.7 billion (US$76 billion) to decommission UK oil and gas infrastructure. The challenge now is to save industry and the taxpayer money and achieve safe decommissioning for £39 billion (US$50 billion) or less," said OGA's operations director, Gunther Newcombe.

Gas and oil production in the British, or western, section of the North Sea has been in steep decline in recent years, while Norway continues to increase its revenues from the eastern portion off its coast.

In 2014 Norway's state-owned Statoil company revealed that a new field at Valemon North was valued at up to 75 million barrels of recoverable oil.

Shell removed the first of four oil rigs from the lucrative Brent field, north of the Shetland Islands, in May.

Next week @hmtreasury consultation on tax issues for late-life #oil and #gas assets closes. Have your say here https://t.co/TkjJMcZb1g

The cost to the Treasury of the clean-up operation in the North Sea is arguably payback after years of healthy tax revenues.

In the 1970s, when companies were being encouraged to invest in North Sea oil and gas production, the British government offered them tax relief of between 40 and 75 percent on their clean-up costs.

© AFP 2020 / Andy Buchanan
Investment in UK North Sea Oil Projects to Drop by Almost 90% in 2016 - UK Trade Group
Throughout the 1980s and 1990s North Sea oil tax revenues were huge, but they have plunged in recent years and now is the time to "pay the piper."

Last year it was estimated investment in the North Sea would fall by 90 percent.

Earlier this year energy experts Wood Mackenzie estimated the bill for the British taxpayer of cleaning up the North Sea to be £24 billion (US$29 billion).

There are also fears that the ocean could be polluted and damaged as companies seek to cut costs.

Some conservationists favor the idea of leaving old rigs to rust away on the seabed. This approach is referred to as "rig to reef."

"In the past, the natural reaction when you think of dumping a load of metal in the ocean is to throw your hands up in horror but when you look into it, it's much more complicated. You could save money and have good environmental outcomes," Jonathan Hughes, the chief executive of the Scottish Wildlife Trust said recently.

Tom Baxter, a senior lecturer in chemical engineering at the University of Aberdeen, believes decommissioning can do more environmental harm than good.

​"This is due to seabed disruption, noise and the removal process itself being very energy intensive with consequent harmful emissions," he argued in a recent article.

"If the architecture is left in place, it will naturally reef providing an environmental positive. The reefing concept has been used extensively in the Gulf of Mexico.

"Rigs to Reefs provides an alternative to complete rig removal in which an oil company chooses to modify a platform so that it can continue to support marine life as an artificial reef," he added.

"The oil and gas sector continues to deliver significant economic benefits to the UK, by supporting around 300,000 jobs, and meeting half of the UK's primary energy needs," said a British government spokesman.