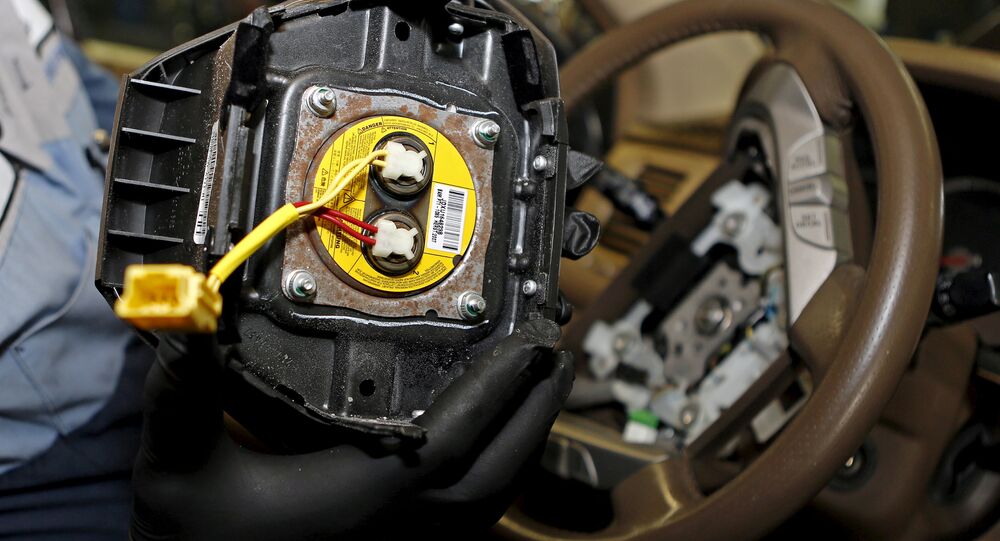 Takata Corporation is an automotive parts company based in Japan. The company was founded in 1933, producing lifelines for parachutes and later on, car seat belts and associated products.

Key Safety Systems (KSS), which is based in Michigan and owned by Chinese supplier Ningbo Joyson, said that it had reached a deal with Takata to purchase nearly all of its assets for about US$1.57 billion, after the airbag maker filed for bankruptcy in the United States and Japan.

"Although Takata has been impacted by the global airbag recall, the underlying strength of its skilled employee base, geographic reach, and exceptional steering wheels, seat belts and other safety products have not diminished. We look forward to finalizing definitive agreements with Takata in the coming weeks, completing the transaction and serving both our new and long-standing customers while investing in the next phase of growth for the new KSS," Jason Luo, President and CEO of KSS said in a recent interview.

© AFP 2020 / Toru YAMANAKA
Takata Airbag Recall Expands to More Than Half Million US Cars
​Takata's problems began in 2008 when it was forced to recall 100 million airbag inflators around the world, which were being used by major car manufacturers such as Honda, Ford, Volkswagen and BMW.

It was found that the airbag inflators could explode if the car were to get into a collision, and it would spray metal fragments towards drivers as well as passengers.

There were more than 16 deaths and more than 180 injuries linked to the defects globally.

Around US$1 billion from the sale to KSS is expected to be directed at settling criminal charges in the US. Takata have agreed to plead guilty to wrongdoing, and pay a US$25 million fine to resolve the US Department of Justice investigation.

​On top of this, the company agreed to pay US$125 million to a victims' compensation fund.

"KSS is the ideal sponsor as we address the costs related to airbag inflator recalls, and an optimal partner to the company's customers, suppliers and employees. The combined business would be well positioned for long-term success in the global automotive industry. Throughout this process, our top priorities have been providing a steady supply of products to our valued customers, including replacement parts for recalls, and a stable home for our exceptional employees. This agreement would allow that to continue," Shigehisa Takada, Chairman  & CEO of Takata said.