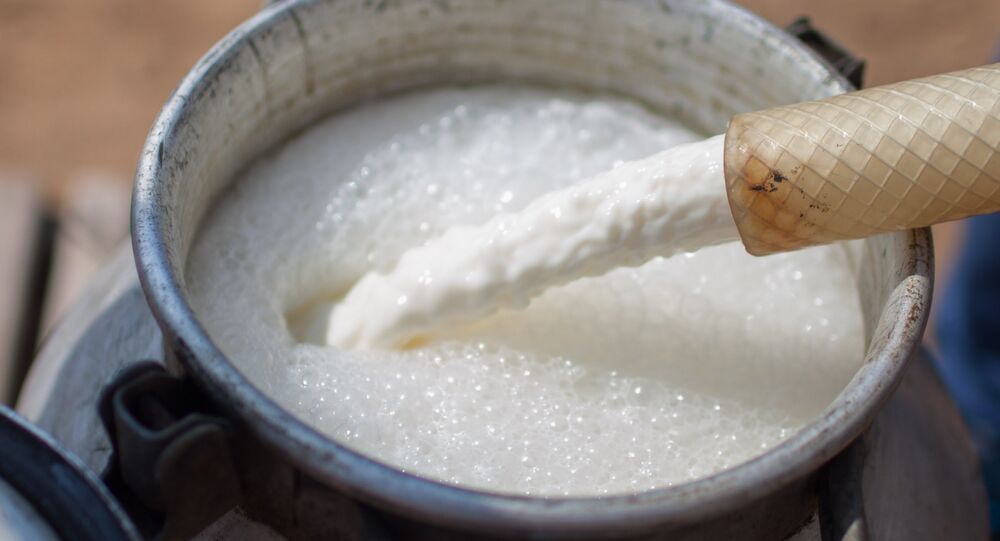 India's food regulator has extended the ban on import of milk and related products from China for another year. The ban is in place since 2008 due to concerns over food safety, particularly melamine, a toxic chemical used for making plastics and fertilizers.

NEW DELHI (Sputnik) — The Food Safety and Standards Authority of India (FSSAI) had earlier recommended the ban to the Ministry of Health and Family Welfare, which was later extended by the Commerce Ministry in a notification issued on Thursday.

"Ban on import of milk and milk products, including chocolates and chocolate products and candies/confectionary/food preparations with milk and milk solids as ingredients from China may be extended for a period of one year i.e. up to 23rd June, 2018 or until their safety is established on the basis of credible reports and supporting data, whichever is earlier," the notification said.

While India doesn't import milk products from China, the ban has been in place as a preventive measure. India is the world's largest producer and consumer of milk. The country's milk production increased from 137.68 million tons in 2013-14 to 146.31 million tons in 2014-15. Among the states, Uttar Pradesh is the leading milk producer, followed by Rajasthan and Gujarat, according to PTI.

Although the government has extended the ban, in the coming four years India may have to import milk as rising pressure on land reduces pastures. The rising consumption of milk and milk products will take demand to at least 210 million tons by 2021-22, a rise of 36% over five years, according to government estimates.