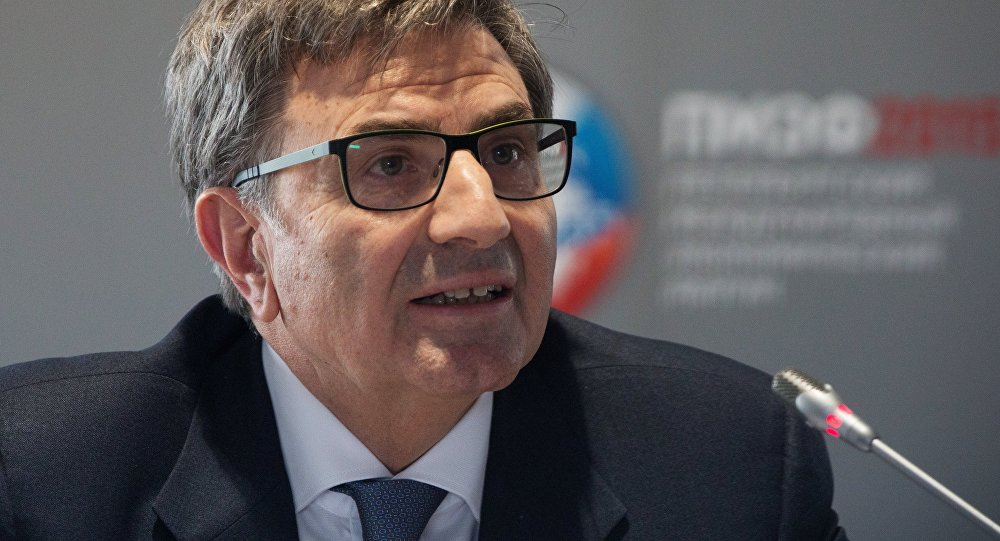 US sanctions against Moscow are threatening rebounding Russian-Italian cooperation, according to the board chairman of Banca Intesa Russia.

MOSCOW (Sputnik) — The possibility of new US sanctions against Russia is a matter of concern amid rebounding Russian-Italian cooperation, Antonio Fallico, board chairman of Banca Intesa Russia (Russian subsidiary of Italian bank Intesa Sanpaolo), said Wednesday.

"Italian products remain in demand and are gaining additional opportunities, in part due to the expansion of joint production under "Made with Italy" model. In this situation, reports from the United States about the possibility of introducing new anti-Russian sanctions cause concern," Fallico said during the third Russian-Italian business workshop, as quoted in a press release of Banca Intesa.

In the first quarter of 2017, the Italian region of Tuscany boosted exports to Russia by 21.4 percent year-on-year to 110 million euros. The increase in exports to Russia is ensured by textile, machine building, pharmaceutical and food industries. Experts noted the number of Russian tourists to Florence alone increased by 60 percent in the first quarter of 2017, according to the press release.

"Russia confirms its role as a strategic market for Italian enterprises, and in particular from Tuscany. Restoration of exports to Russia indicates a change in the previous trend and increased confidence in this country, which, despite the sanctions, returned to GDP growth and accelerated the modernization of production facilities," Fallico said.

© Photo : Kmccoy / wikipedia.org
Forget About Ukraine: 'Sanctions Go to Those Areas Where Russia Exceeds and the US is in Trouble'
The US Senate last week voted in favor of new sanctions against Russia over Moscow’s alleged interference in the US presidential election in 2016. In particular, it was proposed to limit the maximum period for market financing of sanctioned Russian banks to 14 days, of sanctioned oil and gas companies to 30 days.

The bill also presupposes the possibility of sanctions against persons who intend to invest more than $5 million per year or $1 million at a time in the construction of Russian export pipelines or provide projects with services, technology, and information support.

Moscow Suspends Talks on Problems in Relations After US Expanded Sanctions

New US Anti-Russian Sanctions: 'Repercussion of Internal US Political Struggle'